In January 2016, 15 musicians, singers and producers from 11 countries (South Asia, Southeast Asia, Australia, New Zealand and Germany.), were brought together in a tropical jungle resort called The Dusun. A wonderful tiny eco-resort – on the edge of a Malaysian tropical rainforest – about an hour away from Kuala Lumpur.

Enigmatic Berlin-based artist, Born in Flamez talks to FM about the ambitiously fascinating, analog-digital music production project, produced by Detour Asia and Border Movement and inspired by The Dusun.


When I think of Born in Flamez I tend to think of big cities, Berlin in particular – and here you are recording in the jungle, what happened?

The heat sounded tempting. And also BIF is a trans-human project that tends to define itself through being with others and through a policy of no borders/ no nationalities. So collaboration is essential. And a kind of ubiquity (lol) if you wanna call it that. 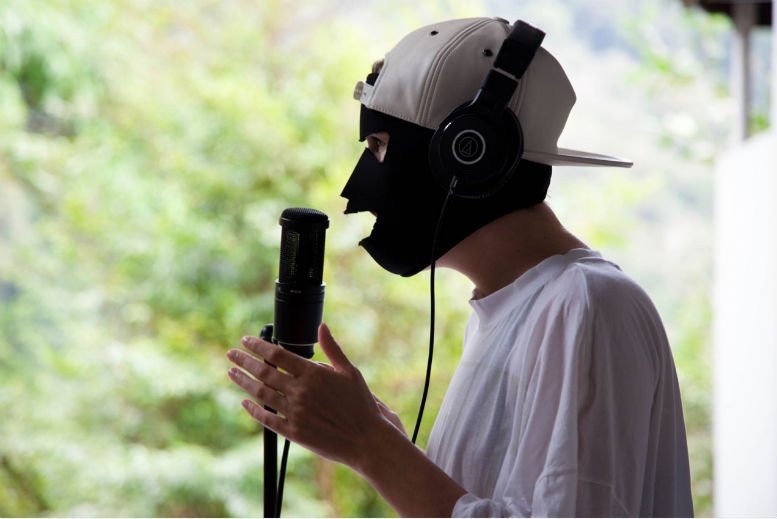 How was it different for you to work on music in such a powerful, natural environment, as opposed to being locked up in a studio, somewhere in the city?

Space affects everything and the environment around the Dusun definitely had a very strong impact on the sounds we created. We used a lot of found sounds, I think nearly everyone worked with them somehow and also the way we creatively collaborated was very specific to the space. It was very free, very natural, full of love, even.

Do you think you’ve been altered forever?

Definitely. The quiet peace and utopian way in which we collaborated in this fantastic and unique spot blew everybody away, I think. For example, we were 5 singers in the group, which I thought might cause weird situations, because of, you know, ego issues, but it never did, quite the opposite, actually. I´ve honestly never experienced a scenario as harmonic as this. We were all very sad to leave because it put us all in a different mindset, almost placed us outside of time for those ten days.

Maybe part of it was sleep deprivation and dehydration, because it was just really really hot and super noisy because of all the critters in the Dusun, but I was also confronted with myself in a way that I hadnt been before. It was definitely mind altering. And extremely inspiring.

You got to meet a lot of interesting artists from all over the region (S/E Asia, New Zealand, Australia), what do you think of the scene and the music they’re making?

It’s very hard to generalize. I feel like almost every kind of music was represented in the lab, even rock music, although it was intended to be a get together of mostly electronic artists. There was Punk, Folk, Future RnB a bit of Footwork, a whole lot of Pop, Disko, Funk, Techno, Ambient and Noise. So I can only say, it’s very diverse. I guess in some countries like Myanmar and Vietnam the scenes are very different and some music styles might not be as fully represented as in say Singapore where they have, I understand, one of the best informed and diverse radio stations in the world.

Do you think there will ever be a two-way exchange between that side of the globe and Europe? Two often the dialogue can be one side, in favor of Europe, unfortunately.

I very much hope so. Border Movement is doing a super great job right now, by bringing people both ways. I really hope they can continue their work as it is a truly unique experience that every musician around the globe should be able to take part in.

The one collaboration that is already finished that I did is a piano/ambient track that is not very fit for a party unfortunately. But I´ll definitely perform with my Dusun-altered-Self.

Out of curiosity, will you be making any more tracks out of the material collected in the jungle?

Yes, I definitely plan to. We started to work on a collaboration with all the singers, its a kind of a’capella but with beats. Its very epic but it will take a while to finish andI don´t have the time right now, but I really wanna finish that track at some point. Also, I recorded a couple of tools, synths etc. of the other artists, there is one sample of a Korg MS20 which I am already using in some of my newer tracks extensively.

All photos shown here are by Lisanne Schulze.