Katie Price and Osama Bin Laden are the odd couple that flyers would least like to get stuck next to on a plane.Itâ€™s just one of the amazing findings from the latest survey of travel insurance buyers, by Consumer Intelligence, the leading provider of information to the insurance industry.

Katie Price was easily the least popular person, almost 3 times more unpopular than her closest female rival, Naomi Campbell. The bizarre trio of Wayne Rooney, Gordon Brown and Colonel Gadaffi complete the list of passengers they seem most desperate to avoid having to sit next to. 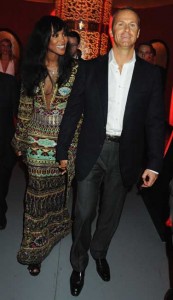 But all is not lost; the survey found travel insurance buyers wanted to sit next to Cheryl Cole, Barak Obama, Angelina Jolie and Michael Palin. Other popular choices included Helen Mirren, The Queen, Boris Johnson and Alan Sugar.

Travellerâ€™s main irritation involved other passengers too. Forget long check-ins and security checks it seems what really irritates travellers mostly are rude and inconsiderate fellow passengers. Specific problems included being woken up by having the back of seats pulled by the person behind as they get up, body odour, noisy children, and those leaning across to reach for luggage, food and drink.

The survey also found that lack of seating space, airport delays, advertised prices that arenâ€™t what you pay and officious security staff made flyers steam.

Commenting on the survey results Consumer Intelligence Managing Director, Ian Hughes said â€˜It just goes to show that celebrity status can work both ways. While politicians and footballers seem to have some way to go to improve their in-flight appeal. Basic onboard etiquette is clearly something airlines should champion and every flyer must actively consider.â€™ Insurance buyers wanting to join the CI Mystery Shopper panel can join at www.consumerintel.com