The Eternal City of Rome was host to the Italian Premiere of â€œNINEâ€, the new film from The Weinstein Company. NINE is one of the hottest films currently showing in cinemas and has been nominated for five Golden Globe awards including Best Picture.

After the Premiere, the stars of the film and celebrity guests went to the famous MARTINI Terrazza to the official after-party hosted by MARTINI. The VIP guests enjoyed Martini cocktails inspired by the film including The MARTINI Contini and The MARTINi Muse as well as favourites The MARTINI Melograno and the new Rosato Royale.

NINE is a vibrant and provocative musical that follows the life of world famous film director Guido Contini (Daniel Day-Lewis) as he reaches a creative and personal crisis of epic proportion, while balancing the numerous women in his life including his wife (Marion Cotillard), his mistress (Penelope Cruz), his film star muse (Nicole Kidman), his confidant and costume designer (Judi Dench), a young American fashion journalist (Kate Hudson), the whore from his youth (Stacy Fergie Ferguson) and his mother (Sophia Loren). 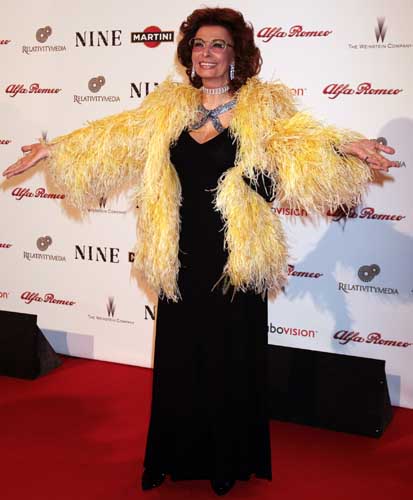 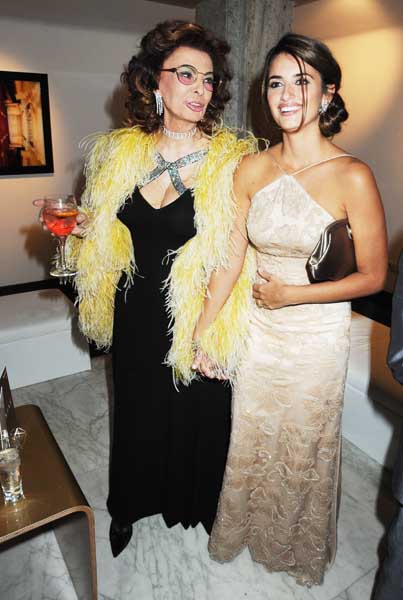 The original 1982 Broadway production of NINE, nominated for twelve Tony Awards and winning five, including Best Musical, was directed by Tommy Tune, choreographed by Thommie Walsh, starred Raul Julia with music and lyrics by Maury Yeston and book by Arthur Kopit. The 2003 Broadway revival of NINE received eight Tony Award nominations and won two, including Best Revival of a Musical.
Photos by ©Getty Images