To help ring in 2011, check these songs about the new year. HAPPY NEW YEAR! 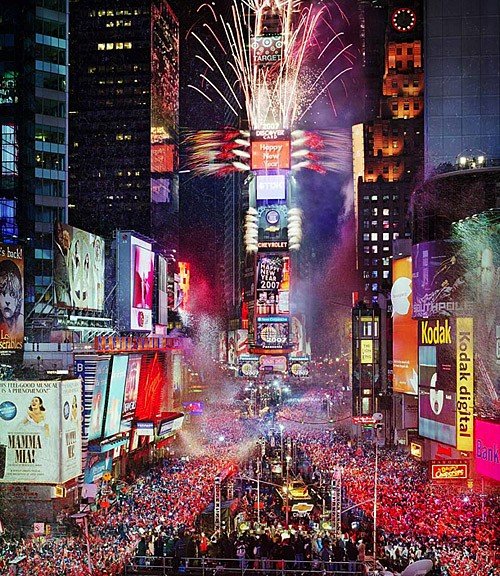 “New Year’s Day,” U2
The single from “War” marked the beginning of U2’s storied Hot 100 discography, reaching No. 53 in 1983. It peaked at No. 2 on Mainstream Rock. While its lyrics were inspired by Poland’s political landscape,

“My job is to find an image that sort of evokes the music,” Bono has said. “And, it was easy with ‘New Year’s Day.’ The piano notes on the song were icy, and Adam’s bass line told you it’s outdoors, not indoors.”

“Auld Lang Syne (The New Year’s Anthem),” Mariah Carey
Thanks to a comprehensive radio edit featuring clips of historic news events of the 20th century, Kenny G’s rendition of the holiday’s most recognizable song soared to No. 7 on the Billboard Hot 100 in 2000.

Carey’s version from her new album, “Merry Christmas II You,” bowed last week at No. 5 on the Dance Singles Sales chart.

Abba has perhaps its most to celebrate this New Year’s: the group was inducted into the Rock and Roll Hall of Fame in March.

“It’s Just Another New Year’s Eve,” Barry Manilow
Based on a melody from Johann Sebastian Bach’s “Goldberg Variations,” Manilow’s melancholy, yet hopeful, song reached No. 33 on Adult Contemporary in 1977.

The legend owned the format at the time: this song’s holiday cameo marked the only of his first 23 chart entries to fall short of the top 10.

“Same Old Lang Syne,” Dan Fogelberg
The late singer-songwriter’s bittersweet story song of a holiday rendezvous with a former flame reached No. 8 on Adult Contemporary and No. 9 on the Hot 100 in 1981.

The track, which sports a sax sample of “Auld Lang Syne” courtesy of Michael Brecker, was autobiographical for Fogelberg; “It’s a memory that I cherish,” said the song’s real-life female lead, Jill Greulich, the singer’s high school girlfriend. “I’ll always have a place in my heart for Dan. Dan would be a very special person to me even without the song.”

“Gonna Make It Through This Year,” Great Lake Swimmers

“Have a Very Merry Christmas & a Happy New Year,” TLC

“What Are You Doing New Year’s Eve,” Ella Fitzgerald

“What Will the New Year Bring?,” Donna Fargo
www.billboard.com