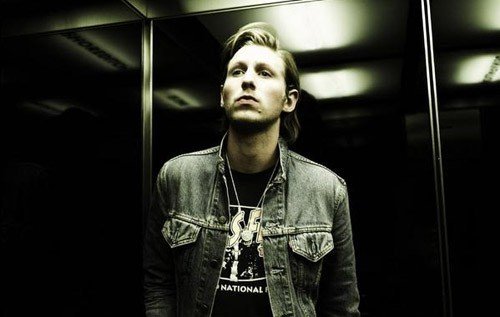 The 24 year old finished 2009 on high, with remixes for Black Eyed Peas, Wolfmother, Ladyhawke, and Frankmusik. A host of UK gigs led to a 30 date US tour with Deadmau5 and a UK tour with Calvin Harris. Life on the road allowed BURNS to feed the rock’n’roll animal that he normally keeps hidden from view – hearts, furniture and promises were all broken…

2010 began with a range of â€˜hot tipâ€™ media plaudits, as BURNS put the final touches to his first mix compilation (due for release in late Spring) before heading out on an Australian tour and another set of US dates (this time with Harris). In between shows at Bugged Out, Chibuku, and the Coronet, BURNS is currently working on his debut artist album, set for release later this year.

â€˜So Many Nightsâ€™ title track first appeared on DJ Mehdi’s Christmas Mixtape for the Ed Banger blog, Cool Cats. The buzz quickly spread with the Ed Banger crew unanimously declaring it to be a ‘bangerâ€ (their highest accolade) and A Trak charting it on his own blog. Further support for the EP has come from Annie Mac and Pete Tong on Radio 1, Joe Ransom at Kiss (Record of the Week), Aeroplane, and more.

The EPâ€™s four tracks show yet again that BURNS has a musical breadth beyond any of his British noise and disco peers. His musical duality has been evident from the start, but the depth to his productions increases with every release; â€˜Epilogueâ€™, â€˜Kiss Nâ€™ Holdâ€™ and â€˜Fourteenâ€™ show why heâ€™s being called one of the UKâ€™s most promising electronic artists for a generation â€“ a fitting accolade for a new decade.
â€˜So Many Nightsâ€™ exclusively on Beatport now
www.myspace.com/thisisburns