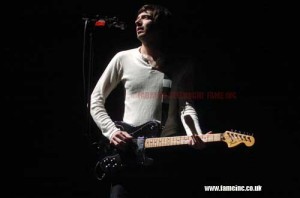 NORTHERN Ireland band Snow Patrol have announced a special tour which will see the band come back to Belfast to play two intimate gigs at The Waterfront Hall.

Snow Patrol Reworked is a live celebration featuring highlights from the bands 15-year career to date, specially reworked and reinvented.

While the band, who are a multi platinum, multi-million selling success story may have the ability to pack out venues such as the Odyssey Arena the Reworked tour offers fans a chance to look back to the early days of the bandâ€™s career as well as giving supporters the opportunity to hear their work interpreted in a brand new way.

During each show Snow Patrol will be joined by other musicians and surprise guests which will be released closer to the event.
The tour will also encompass songs by The Reindeer Section. A collective that features members of Belle and Sebastian, Idlewild and Teenage Fanclub among many others.
Each ticket to the Reworked tour comes with a free download of the incredible Lightning Strike, the epic trilogy that closed the bands critically acclaimed last album A Hundred Million Suns.