By Andrea Clarke
Photo by Fabrizio Belluschi
NORTHERN Ireland rockers Snow Patrol are travelling to Africa to play a series of special DJ sets.
The band, who are supporters of the charity Save The Children, will spin the decks across the African clubs. 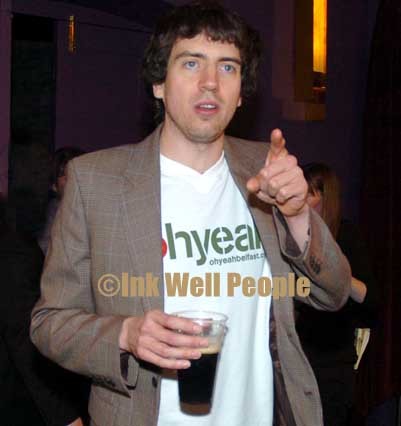 They went to some of the country’s poorest communities with Save The Children, calling at schools and hospitals.

Supporters of the charity’s Rewrite the Future campaign, Gary said: “While we were in the Gulu region, we visited schools and hospitals and found the conditions appalling.

“At one school we were greeted by about 1500 pupils who share only 37 teachers.
“This is a well-staffed school as it has been helped by the charity. Others we visited had few of these essentials.

“In most, children sit packed on the floor, learning from a well-worn blackboard. If they have a classroom, that is.
“When we see how many of the facilities were donated by Save the Children, you wonder what they’d do without such organisations.

“The teachers, nurses and community leaders in the country are an inspiration. They can only hope now for a lasting peace”.

Gary and keyboard player Tom Simpson will DJ under the banner of Snow Patrol DJs, playing three shows, starting on February 28 at the Design Indaba After
Party and ending in Cape Town’s Global Breakthrough Festival on March 1. They will also play a set at the University in Dundee on January 19.
Snow Patrol are currently taking a break and many of the members are busy with other projects.

Gary has been working on a number of projects including his side band Listen…Tanks! with producer Jacknife Lee. He is also reportedly co-producing a film about the life of Terri Hooley, the man behind the Undertones and The Outcasts.
snowpatrol.com