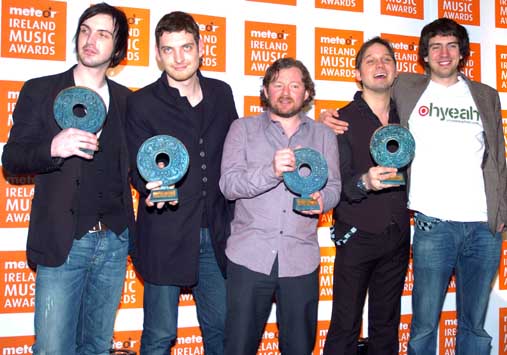 Snow Patrol have announced a fourth and final concert date at the Odyssey Arena, Belfast on 23 March 2009 as part of their Taking Back The Cities Tour. The band now play the Odyssey Arena on 19th, 20th, 21st and 23rd March in addition to The O2, Dublin on 28 February & 1st March 2009.

Snow Patrol are now one of the biggest selling bands this decade and their new album ‘A Hundred Million Suns’ follows up the 2006 Number One, the seven times platinum phenomenon ‘Eyes Open’ which sold an incredible 2.1 million copies in the UK and over 1 million in the USA.

Tickets for the fourth and final Belfast concert date will go on sale tomorrow, Thursday 13 November at 9.00am.