Following a busy year filled with a world tour, an epic guitar festival and a highly-anticipated autobiography, Eric Clapton has announced he will play Live at Malahide Castle Sat 21st June â€™08. Clapton will be returning to Dublin after 4 years when he played to a sold out crowd at the Point Theatre back in 2004. 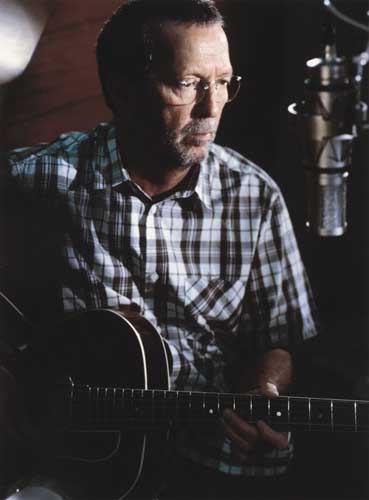 Clapton has released the ultimate career CD retrospective for the artist known as Slowhand. Complete Clapton will be a 2-disc career-spanning album released by Polydor Records on October 8, 2007, the day before Clapton, The Autobiography is released to bookstores nationwide. This will be the first time the full breadth of Claptonâ€™s musical works is contained in one set.
Claptonâ€™s career has endured for more than 40 years, resulting in 18 Grammy Awards and he has earned the distinct honour of being the only triple inductee into the Rock & Roll Hall of Fame. One of the worldâ€™s finest guitarists, Clapton was a member of such seminal rock bands as Cream and Blind Faith, both featured on the album. He also created countless hits as part of his solo career beginning in 1970 with the release of the self-titled Eric Clapton album following through to 2005â€™s Back Home. Complete Clapton also features songs from two co-produced albums, Riding With the King, a collaboration with iconic blues man BB King, and The Road To Escondido, a partnership with long time friend and guitar great J.J. Cale.

Eric Clapton
WITH special guest: Robert randolph
Live at Malahide Castle
saturday 21st June â€™08
Tickets will go on sale mon 4th feb at 9am
Tickets will be GA â‚¬76.25 and will go on sale this Monday 4th Feb at 9am from Ticketmaster outlets nationwide, booking line no. 0818 719 300 and online at