HP and Last.fm recently announced a partnership, celebrating the Beats audio technology that comes with HP Premium PC, laptop and tablet vices through a series of live music events and artist interviews, curated by Last.fm.

The partnership kicked off with a secret pop-up acoustic session in Soho Square on June 16th, hosted by the Black Cab Sessions. Sheffield duo, Slow Club performed a couple of tracks from their forthcoming second album Paradise, which will be released in September. 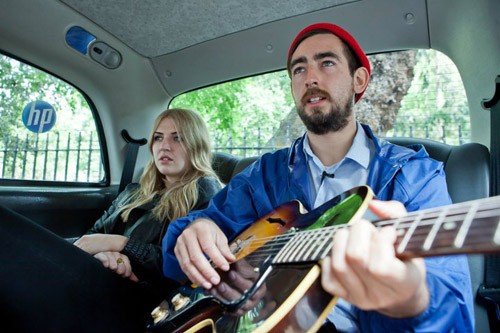 A crowd of fans and curious lunchtime workers gathered to watch this rare and intimate set.

More pop-up sessions are planned in London throughout July and August, all to be hosted by Black Cab Sessions in association with Last.fm. 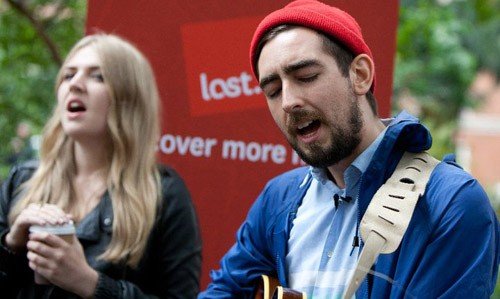 The live sessions pick up on the essence of HP’s Beats technology by giving fans the chance to hear music exactly as the artist intended from artists handpicked by Last.fm, the leading music discovery service.

Alongside the live music activations, HP will be giving its Facebook community access to exclusive content captured by Last.fm at some of the summer’s most popular music events.

With access to some of the most hyped musicians of the moment, Last.fm and HP will interview these artists around the Power of Sound in their lives and will also be taking questions from the HP Facebook community to discover the influences behind their music and what drives their passion to write and perform.

Following an exciting summer of music, the partnership culminates with a large scale live music event hosted in London – more details to follow.

The next pop-up session is set to be another special one indeed. It will take place on July 14th in a central London location.