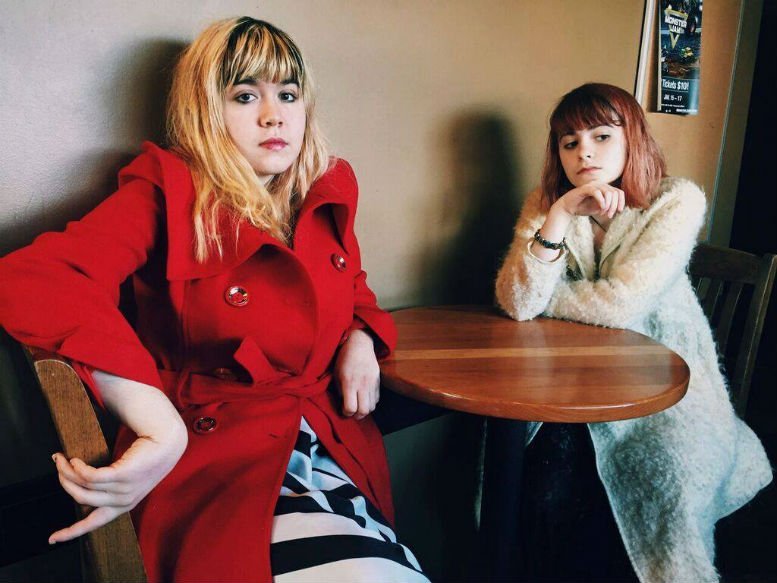 Oklahoma’s sister duo Skating Polly – Kelli Mayo and Peyton Bighorse – reject what’s fashionable…“The musicians we’re most inspired by are the ones who keep on going and going, who devote their entire lives to coming up with new and different stuff,” says Mayo. “A lot of times at our shows people will come up to us and tell us, ‘Keep on doing what you’re doing, don’t ever stop’ and we’re just like, ‘Yeah—we weren’t planning on ever stopping.”

‘The Big Fit’ – produced by Kliph Scurlock – is their first UK album release (April 8th via Chap Stereo Records). To get a taste of their self described “Ugly Pop”, check out this candid sugar-sweet punk number called ‘Oddie Moore’.

On the album’s opener Peyton says: “When I first started writing ‘Oddie Moore,’ I never expected it to turn into a what it has…Every single word means so much to me, and now it feels almost like I’m throwing my journals out for anyone to read…While I’m excited for everyone to hear it, it’s still a little terrifying putting it out there.” 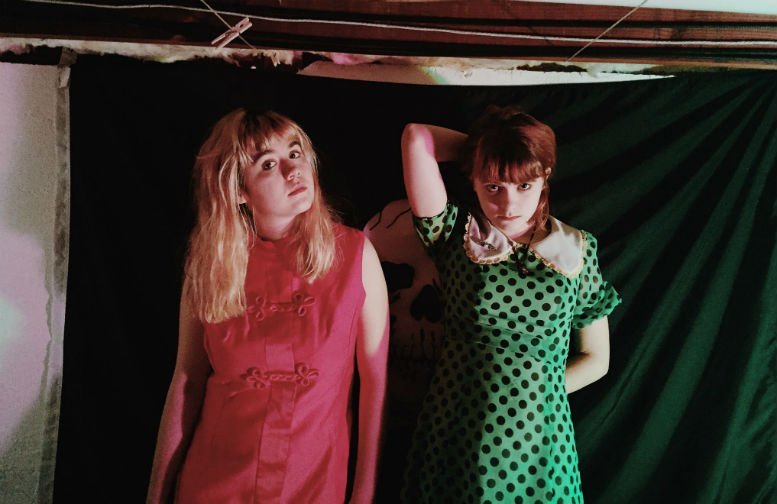 Mayo explains: “I love singing, and it’s really all I ever wanted to do…One day, I realized I could make up my own songs and then discovered it was easy enough to make a sound with an instrument – even if I didn’t know exactly how to play it. Peyton had always wanted to be in a band. I love and respect her and don’t have such a connection with anyone else on the planet. Since she was my best friend in the world, it seemed like a fun experiment we should do together.”

Mayo sums up the band’s ethos like this: “I think people can tell we’re pretty authentic. People can tell when songs don’t mean it, no matter what the song’s about. We try to be ourselves…and to make everything catchy.”