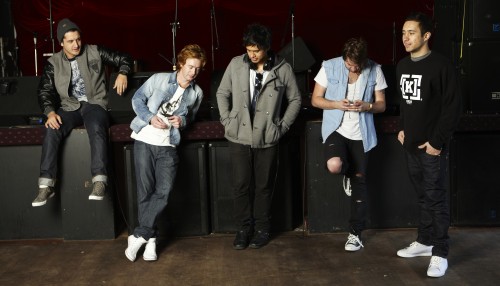 New Zealand band Six60 are bringing their own particular blend of soul, rock, dub step and drum’n’bass beats to the UK/Ireland and Europe this month and we at Fame couldn’t resist speaking to guitarist Ji Fraser about their music.

In your own words how would you describe a live set by Six60?

What sort of crowds did you expect in the UK and Ireland?

I think really we are just happy to be here, every show is a step in a town or a place we have never been before so If there are 3 people there, then hopefully thats 3 more fans. Fortunately we have had the privilege of playing to a packed house in Edinburgh, and nearly 3000 people in London so far.. I definitely wasn’t expecting that. 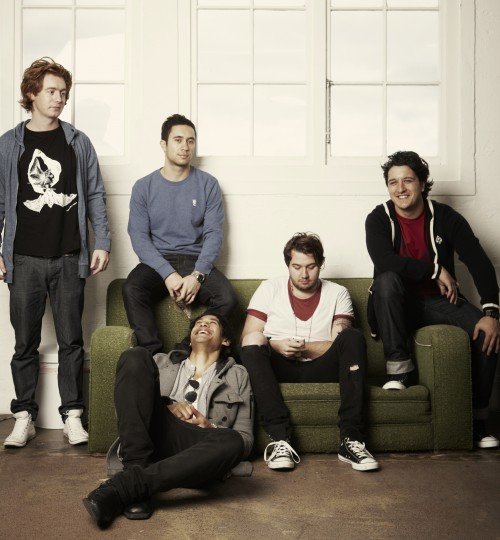 The band blend various music genres, is there one you prefer over the others?

Personally I prefer the heavier rock stuff to play live, if I had my way the whole show would be like that.. But then that wouldn’t be us I guess haha. The boys all have their favourites, which I think helps make the show even more enjoyable for us.

Its like a really messed up cake.. Someone will arrive with the eggs, another with the flour.. And we all make the icing haha.. Sorry is that lame? Yeah it’s lame

Mutt and I met years ago at our university hostel while studying and started jamming together, we bumped into eli a bit later on as we needed a drummer and chris and marlon finally joined to help complete six60. I think we officially became a band around 2008

Was music always the only career dream for the band members?

No not at all really, most of us had other aspirations. The first ep only really came around as a result of pressure from our friends and family. It’s quite surreal to look at where we are now when I think back to those days..

But I think when you have the opportunity to do something like this you have to grab it with both hands and give it everything, opportunity usually doesn’t knock twice.

What acts do the band listen to?

It’s hard for me to say.. There’s a lot of different stuff the the boys and I listen to. Off the top of my head… Bad brains, Lauren hill, the monkeys, Metallica, pantera, neon hyms, cage the elephant, drake..kayne, Jay Z,

Hopefully a lot more touring. Will be great to get back to new Zealand and Aussie after this tour is over and have a small break. Will also start recording our second album when we get back so really looking forward to that..

And also spend some time with our friends and family.

Finally how do the band wind down when not performing?