Six of the celebrity cyclists aiming to bike the length of the country on the BT Sport Relief Million Pound Bike Ride face climbing the equivalent of Mount Everest on the first day of the challenge.

Fearne Cotton, Miranda Hart, Russell Howard, Patrick Kielty, Davina McCall, and David Walliams will have to tackle an overall hill ascent of almost 29,000ft in the first 24 hours of the ride as they leave John Oâ€™Groats and battle through Scotland’s punishing terrain and icy weather. 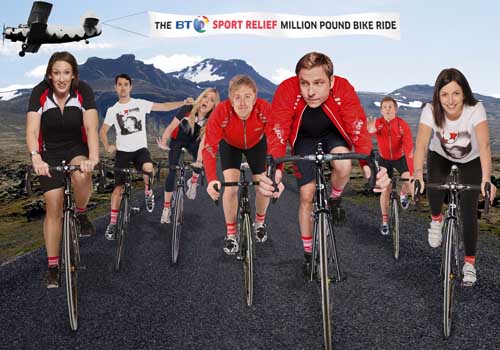 Working in relay the team will cycle through the day and night, aiming to make it to Landâ€™s End on Thursday, raising a million pounds for Sport Relief in the process. The seventh cyclist, Jimmy Carr, will join the team along the way. 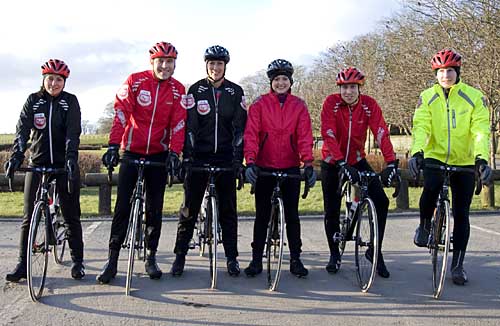 Beginning a year to the day that Gary Barlow and his celebrity friends scaled Mount Kilimanjaro, the 1,000 mile route will test the team of cyclists to the limit, with the night sections promising to be particularly tough.

David Walliams, who swam the English Channel for Sport Relief four years ago, said: “Water is one thing, but I’m not built for a bike. “I’m not sure what I’ve let myself in for!” 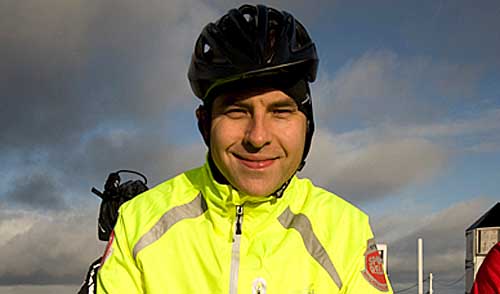 TV and Radio presenter Fearne Cotton, who also took part in the Kilimanjaro climb, said she was amazed by just how many feet the team would have to climb on their bikes.

“When I was told that we would be climbing the equivalent of Mount Everest on the first day alone I thought it was a joke.”But when you look at the route itâ€™s true – there’s almost 29,000ft for us to pedal up on the Scottish leg of the trip. “And a lot of that is in the dark!” 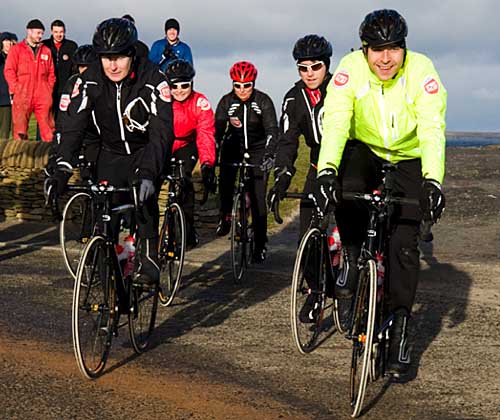 The money raised, with the help of BT, through this extraordinary challenge will be spent by Comic Relief to help vulnerable people living incredibly tough lives here in the UK and in some of the worldâ€™s poorest countries. To sponsor the team go to www.sportrelief.com