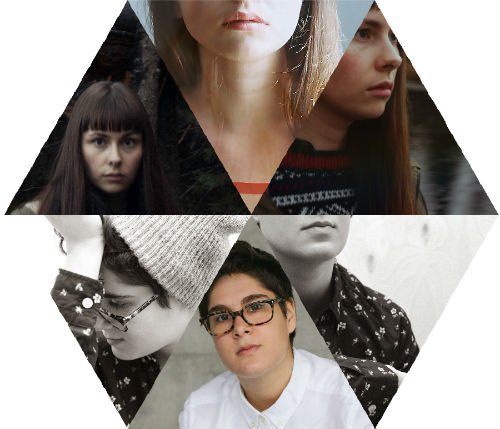 Siv Jakobsen and Sofia are joining forces and heading over to the UK in January 2015 for a nationwide tour. The pair met in a lyric writing class whilst studying at Berklee College of Music in Boston. They became fast friends.

Here Sofia’s video for ‘Friendly Little Ghost’, a strong track off her debut EP, ‘Once Upon A Time’ (released in March 2014), which was recorded after a long battle with Crohn’s disease in her third year at college.

Watch Siv’s cover of Joni Mitchell’s ‘River’. She will be releasing single How We Used To Love on 12th January 2015.

Hello Siv and Sofia how are you both?

Great! For our readers who haven’t heard your music before, how would you describe your sound?

Sofia: I would say I’m a blues/rock inspired folk singer.

Siv: I’d say it’s mine is dark and ethereal nordic folk. (if you can imagine both at the same time, haha) Some say it sounds like a mix of Laura Marling and Ane Brun.

Sofia: My biggest influence musically, would probably be my Dad. He is a huge Eric Clapton fan, and I told him recently whilst having him record parts for my next album, that when I write songs I imagine my Dad improvising epic guitar leads over the songs! Needless to say I’m also a huge Eric Clapton fan, me and my Dad also used to listen to some Bryan Adams in the car, who also influenced me a lot.

As I grew older, I discovered Tegan and Sara, John Mayer and The Weepies, which all incredible musicians and they’re definitely my go to people! 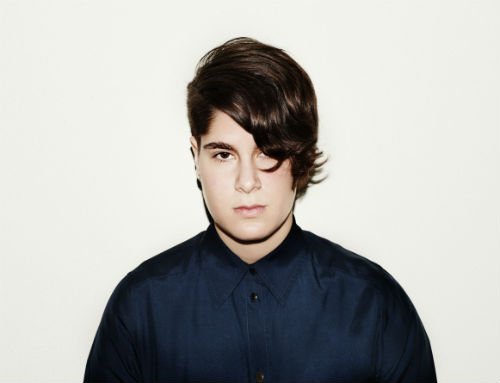 Siv: I’m a die-hard Ane Brun fan. She’s absolutely brilliant – I just can’t get enough of her music, and her songs and arrangements have been foundational in inspiring my sound. I’m also a big fan of Laura Marling, and the way we’ve recorded my EP (which comes out in the spring), was largely inspired by the quality of “A Creature I don’t Know” and “Once I was An Eagle.” Other big influences are Rachel Sermanni, Lucy Rose, Daughter, Liza Anne and Moddi. 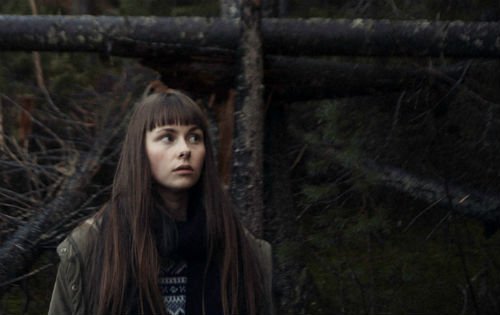 How did your joint tour come about?

Sofia: We were both living in NYC after graduating from Berklee College Of music before we both decided to head back to our hometowns. After a lot of talk and preparation we decided to start going ahead with plans to do a UK Tour and we are just beyond excited at this point. For me it will be the first time touring ever, (Siv is far more professional than me!) let alone in the UK!

Siv: “Blushing” – Sofia is far too kind. I just love touring so much, so I’ve done a few DIY tours over the last few years. I’m so stoked for this one though – as you can probably tell from my influences, I LOVE british music. There must be something in the water over there.

Siv, you have just released a cover of Joni Mitchell’s ‘River’ and will be releasing an official single in January. Why did you choose to cover Joni Mitchell?

Siv: I love creating covers that aren’t just copies of the original, and I was playing around on my guitar one night, and it sort of just came out. It was one of those magical moments where it just happens, effortlessly. As for the song, it’s such a brilliant piece, and I think it fits particularly well around Christmas, because of the opening lines. It’s a mellow christmas song, and it reminds me that not everyone is jolly and happy for the holidays. I thought it would be a good opposite to all the jolly covers out there. I did feel pretty self-conscious about it though – I mean, it’s Joni Mitchell, she’s the queen of songwriting. I hope I did it justice.

Sofia, you will be releasing your album in 2015 what can fans expect from a full length release?

Sofia: I’ll be releasing a 6 song album, 2 more songs than my last. I wrote all the songs whilst living in NYC and just about the general life experiences I went through. I can definitely say these are the most personal and honest songs I’ve ever written and although sometimes they’re hard to sing, I’m really proud to have gotten them this far.

How do you both go about creating your music? Is there a specific process you adhere to? Who or what are your inspirations while writing music?

Sofia: Usually I start with lyrics, which sometime can take me from 5 minutes to an hour, it all depends on the topic! Then I start to improvise a melody whilst playing chords to fit what I’m singing. I tend to imagine I’m a different artist singing/playing to help me develop the song.

Siv: Hmm. It really varies for me, but lately it’s been a lot of “stream of consciousness” – I’ll pick up my guitar and play a progression over and over while improvising over it with words and melodic ideas. Strangely, the words that come out often make a lot of sense, and they tend to be very personal and honest. It’s like journaling through your sub-conscience – I often end up singing things I had no idea I was feeling. It’s pretty incredible. I also write a lot of lyrics without any musical ideas attached to them, and write music to it afterwards.

If there was one band or artist that you could support who would it be?

What can fans expect from your respective live performances?

Sofia: I think you can expect honest and emotive performances from both of us. The fact that after all these years of knowing each other os a real honour, we will be able to be support each other through the tour and also be understanding of the journey we have been through to get to this point in our lives.

Siv: Can’t really say it better than Sofia. Honest and emotive performances. It’s just us and our guitars. Very simple and naked in a way. (Although not literally, sorry.)

What are your plans next for 2015 and beyond?

Sofia: I’m aiming to do an album release show in Beirut where I recorded with Raed El Khazen, as well as a show here in London. I’m also looking at doing a European Tour but will have to wait how 2015 carves itself out!

Siv: After the tour and the single/video release in January, I’ll be prepping for my EP-release, which is set for April or May, along with a few more single and video releases. I’ve also got some EU-touring in the works, although nothing is set in stone yet, so I can’t really announce anything. Hoping to tour a lot, perhaps even go back to the states in the fall for some shows. And writing lots of new songs for a full length album, that I hope to record at the end of 2015.