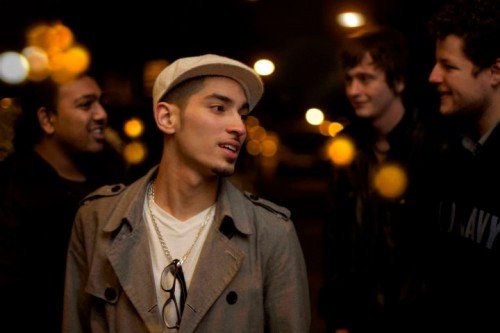 Now we at Fame Magazine are men (and women) of the world. We have been around the proverbial block a few times and often think we have seen it all in the world of entertainment. But there are some wonderful occasions where all we think we know get re-addressed.

One such occasion was when music by hip hop/rock band Sir Apollo landed in our in-tray. After all this was an act who took an idea, ran with it and tweaked it along the way too. I.E. Sir Apollo are a hip hop band who forgo the electronic sounds of their contemporaries and embrace real live musical instruments. The bands debut EP went down a storm across the UK and much further afield too. 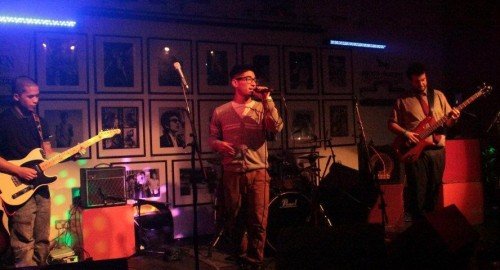 Hi firstly thanks for chatting to us here at Fame. Would you like to explain to our readers (who may not have heard of Sir Apollo yet) what we can expect from the band musically?

Expect a strange combination of all our influences. We like a lot of music, if it’s out there, one of us are sure to be in love with it. So we obviously LOVE live music, but at the same time we LOVE hip-hop so we try to achieve a blend of those two styles in our own way.

How did the band form and who decided that you should use real musical instruments over electronic/computer sounds?

Our leading man Khuddus, I suppose he must take credit for bringing the band together and that has resulted in our live sound.

We believe that when watch an artist live, they sound better than those who perform with a DJ or PA track. That’s what we prefer to watch so we wanted to emulate that. 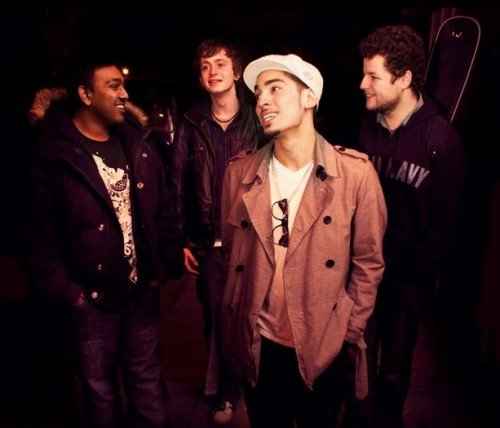 Do you as a band believe that some acts these days rely too much on computer/artificially enhanced sounds?

Not at all, there are a lot of really creative people who solely use computers to make awesome music. As long as they’re being super creative, we’re all for it.

Are there any bands that have influenced the sound and style of Sir Apollo, and if so what did they do to gain your interest?

Mine personally would be the Red Hot Chili Peppers and Modest Mouse. I’m very much influenced by rock music, while also listening to a lot of rap. The difficulty is distinguishing what you are directly influenced by and what you just really like. I’d say that as a band one of our greatest strengths is that we are into everything. Based on which artists we like we shouldn’t really get on as well as we do both musically and as friends.

How do Sir Apollo go about creating a new song. Have you any systems the band use to write new material?

We normally just sit in a room for hours on end jamming on ideas. No real special process I suppose. Just sitting in a room together works for us.

Can you tell our readers what is like to be a live band active on the UK Hip Hop/Rock scene today. How do you negotiate tour dates etc?

We play a lot of Indie/rock gigs. Which is cool because we have a few rocky songs and our songs aren’t overly urban. On the scene though we have been in contact with a few acts doing similar things like the Obscene Locals, so we might be doing few things with them in the near future.

Your EP releases have proved to be very popular. What have you planned for 2013?

We’re working on our debut album. We’re super excited by the direction the album has taken. We think it’s gonna be great and we hope you’ll think so too. Other than that we’re gonna be doing some shows around the UK in the summer.

When you formed had you a dream scenario for the bands success. If so how far are you off it?

Hmmmm it’s hard to tell right now. Come back to us next year on this question!

May I ask you how fans react when they see a live act on stage when you perform. Over the more traditional electronic route. Do they appreciate your talent more?

People always seem to comment on it, but for us it’s natural. All our lives we’d been going to see bands perform live with instruments. We just hope they like us!

Finally may we ask where you envisage Sir Apollo being in five years time?

Have you seen the Lonely Island video? On A Boat? We would like to be there.
©FAMEMAGAZINE.co.uk