Sinitta proved she’s a woman who likes to party as she performed at the Kremlin Club in Belfast. The 41-year-old singer started off her performance wearing a sequinned red dress and cropped jacket teamed with a pair of Vivienne Westwood towering tan stilettos. 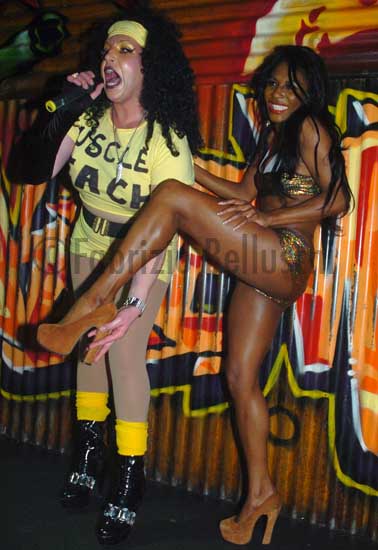 But as the night wore on, it seemed Simon Cowell’s ex was feeling the heat as she stripped down to a sparkly bikini. If you’ve got it, flaunt it: Sinitta stripped down to a sequinned bikini as she performed at the Kremlin nightclub in Belfast last night 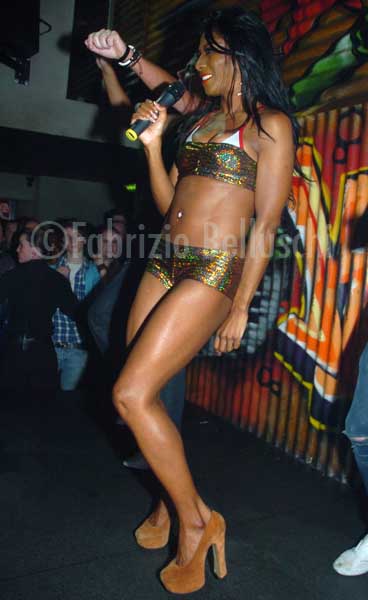 Revealing a washboard stomach and muscular arms, Sinitta looked like she was giving the crowd a good time. 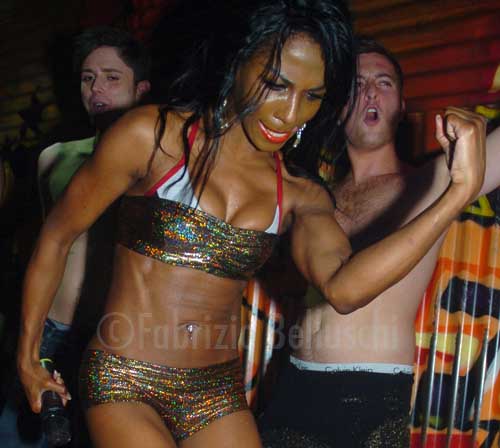 At one point enthusiastic – and sweaty-looking – members of the audience joined the singer on stage. Performing in what is known as one of Belfast’s best gay clubs, Sinitta’s skyscraper heels were later admired by a man in drag.
Photos by Fabrizio Belluschi/FAMEmagazine.co.uk