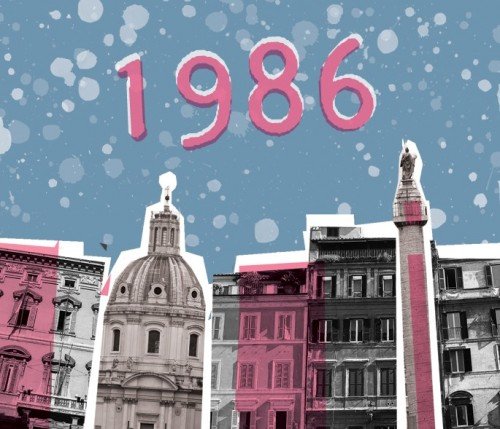 Anglo-Italian indie pop act Turnpike Glow are set to release their next free download single on March 5th.
Entitled 1986 this effort by the purveyors of punchy pop songs will please their loyal fan base and the media in general who lauded praise upon previous offering The Turn, the Pike and The Glow, which was chosen as track of the day by Classic Rock Magazine.

1986 is an interesting track as it not only highlights the bands outlook on music and their style, it also tells a story.

That story being one about a relationship ending during the headline making snowfall in Rome, so the song itself has a real meaning behind it.

Mixed by Broken Social Scene producer Dave Newfeld this is a refreshing track and one that will subtly work its way into your head.

Turnpike Glow are an infectious indie pop act, here’s hoping we hear a lot more from them soon. facebook.com/turnpikeglow