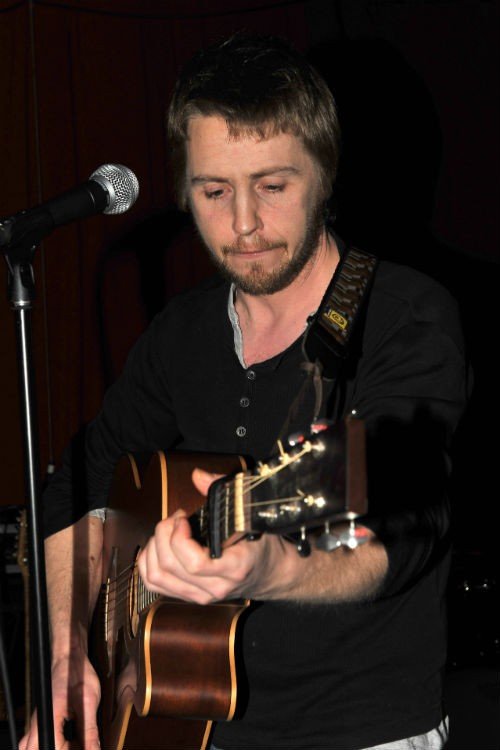 FROM achieving great heights as an outdoor pursuits instructor and keen rock climber to playing some of Belfast’s top music festivals; singer/songwriter Ciaran McElhinney is taking his music to the next level and has joined the line-up for this year’s 10th Annual Belfast Nashville Singer Songwriters Festival.

Learn how to make a free Electronic Press Kit

Ciaran – who has worked every job from bar manager, waiter and hospital porter to painter & decorator, carpenter and outdoor pursuits instructor working with young offenders – will be debuting some of his most recently written material at the Holiday Inn Songwriters Showcase event on Thursday March 6 (between 6pm-8pm).

Ciaran is influenced by everything from ROCK, Metal, Blues, Bluegrass and Country to Americana, Irish and Folk, his own style is a local brand of Blues and Americana meets Bluegrass meets Rock. 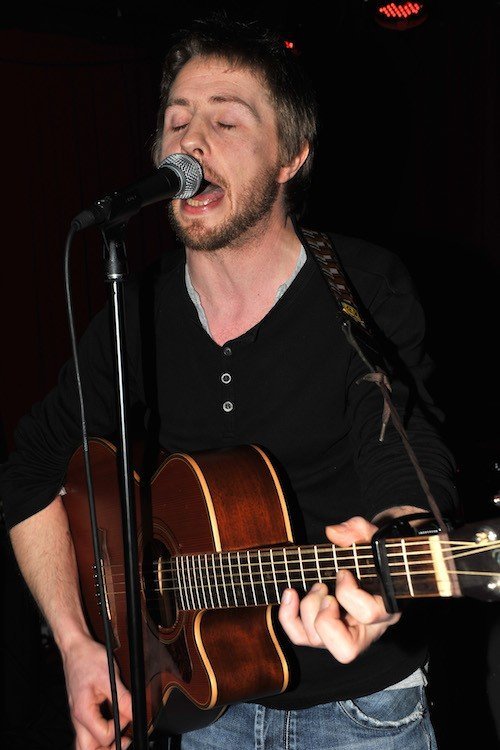 Originally from Omagh, Ciaran (39) lived many years in Newcastle, Co Down. Father of one (Logan Arthur Hetfield McElhinney, age 14 months) Ciaran is now based in Belfast where he juggles fatherhood, his music and volunteering for the arts organisation Avalon Arts & Crafts.

He said: “Although I’ve worked many different jobs over the years music has been the one constant thing that has stayed with me since my teens.

“I started playing guitar at the age of 12 and the first time I remember actually writing a full song was when I was 16. Of course that song was about a girl, isn’t every teenage boy’s first song about their perception of love?”

Over the last 18 months Ciaran has played a number of high profiled gigs from performing at the Maiden City Festival in Londonderry, GrassStock Bluegrass festival in Belfast, supporting blues legend Henry McCullough at The Belfast Barge as part of the Belfast Blues Festival and supporting Tom Baxter at The Empire Music Hall as part of last year’s Belfast Nashville Songwriters Festival. Due to his versatility in his music styles Ciaran has even supported rock legends Blaze Bayley and Ashanti as well as tribute acts such as UU2 (U2), ABCD (ACDC) and The Dolly Show (Dolly Parton).

In 2013 he recorded and released his debut 6-track EP of original music called Stepping Off The Roundabout which shot straight into the top 5 of the local rock charts on Reverbnation peaking at number 2 where it sat in the top 20 for over 10 weeks.

“It was great to finally get some of my music laid down and I’m now working to build upon the feedback from the EP and have already started recording some demo material in advance of my debut album which I hope to record and release later this year” said Ciaran.

He added: “At the minute I’m looking to collaborate with a number of other musicians in preparation for recording the album. I’m hoping to secure fiddle, banjo, keys and double bass players for the album as well as adding uke and mandolin which I will play myself unless I find the right musicians.”

Ciaran is also a co-founder and arts & music co-ordinator for Avalon Arts & Crafts in Belfast, an organisation set up to support grass-roots artists, crafters and musicians.