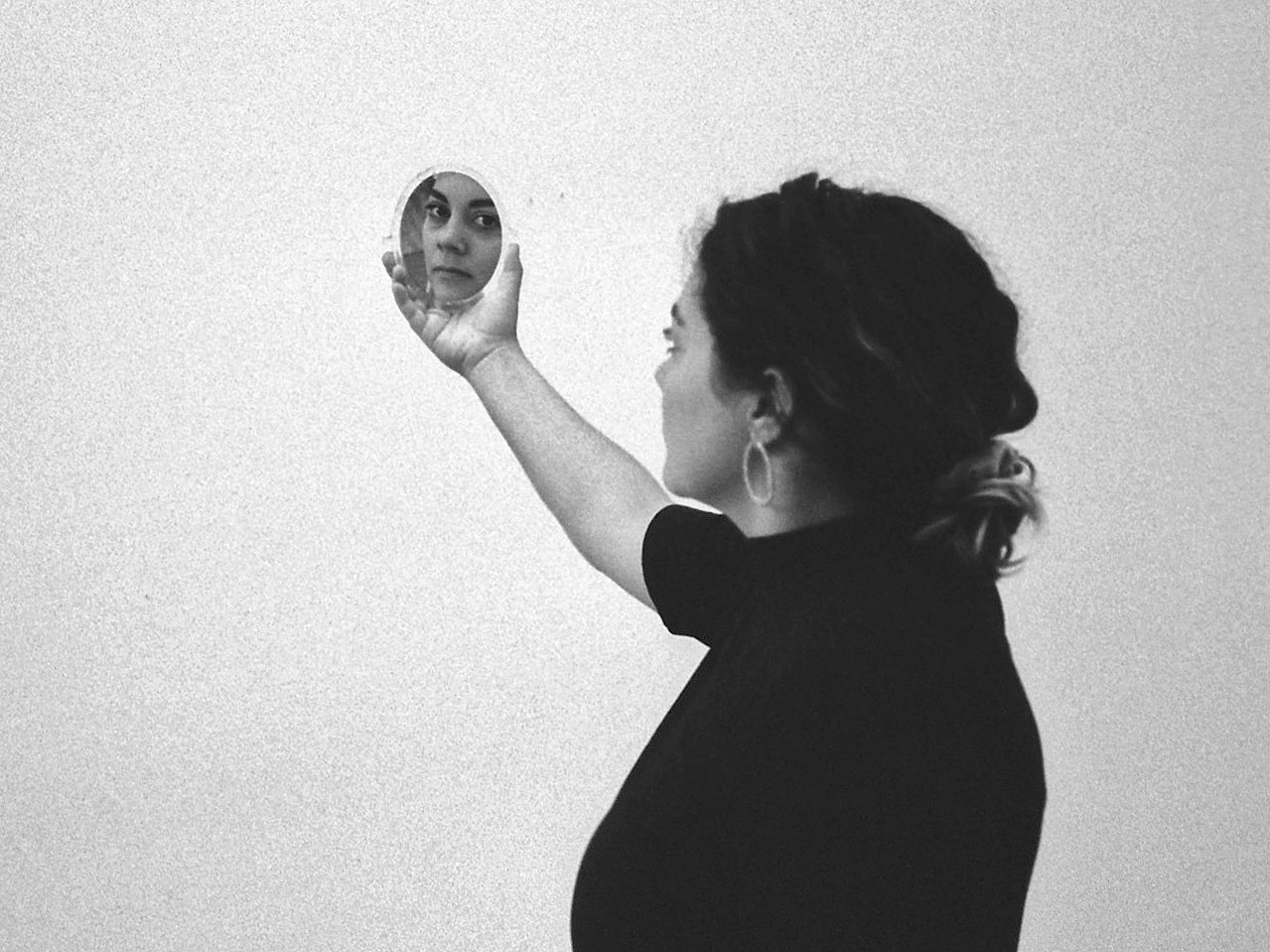 "I wish I was awake“ is the realization that many learning processes run like a dream. You wake up and see what you’ve been going through and what you’ve learned. And sometimes you wish you could have been stronger and more observant in these moments."

“Berliner by choice”, Susi Wittig, also known by the alias Like Mint, hails from the mountainous Erzgebirge, lived for a year in the United States, and made her debut music release in 2017. In doing so she joined the ranks of a generation of singers adopting a certain sensitivity in their music, such as Phoebe Bridgers, Lucy Rose and Billie Marten. A true creative, her songs can be viewed as artistic works with poetic lyricism recounting us with stories that offer her feelings without overwhelming the listener, allowing for their own individual experience.

“I want to reveal something about myself, but at the same time set off a resonance inside the person – my songs only come true when they enter into a dialogue.”

Her latest release “I Wish I Was Awake (EP)” is the final product of three years of exploration, on topics such as coming into your own and discovering your own values. The EP was recorded and produced by the Australian singer-songwriter Lucas Laufen at “The Famous Goldwatch Studio“ in Berlin. While warm vocals and guitar form the central folk foundation with indie, pop and country influences, additional harmonies and various guest instruments like the cello give a unique edge to the sound.

As she also explained:

“This record is about finding your own voice and looking back at times when you hadn’t found it yet. “I wish I was awake“ is the realization that many learning processes run like a dream. You wake up and see what you’ve been going through and what you’ve learned. And sometimes you wish you could have been stronger and more observant in these moments.”

Celebrating the release of “I Wish I Was Awake“, Susi joined us for some QuickFire Questions. Check out the EP and exclusive interview below.

What first got you into music?

My dad is a musician and works in church choirs. That is why I learned the violin early and played it frequently. I started singing in my teens and discovered the guitar as an instrument I could express myself with.

Writing a song mostly starts with the guitar and a melody for me. I will start by playing some chords or trying out a new tuning on my guitar and singing along something that comes to me. Sometimes I sing gibberish, but very often it is some line that ultimately ends up in the song or sets a tone for the song. I will know then what the song will be about and where the rest of the lyrics need to go. Sometimes the song comes easily and fast. Other times some of these first ideas sit in my voice memo for ages, I change them around a lot, make the chorus a verse, change the picking/strumming pattern, re-write lyrics again and again. I actually love this part, even though it’s the hardest. Letting go of the first idea of the song, but really looking for its best possible version.

How would you describe your perfect day?

No alarm clock. Slow start of the day, coffee and a yummy savory breakfast that takes time to prepare. Then have some down time at home, either do nothing, watch a show, clean, do a small chore, and then have a fun thing to do in the afternoon. Like hanging out with someone, playing board games in the sun, being in the nature, maybe go see a museum. For sure something on the easy but entertaining side. And then having dinner outside with a glass of wine and friends. Those are the best days.

What is your favorite sound in the world?

Rain on the roof at night and you’re all snuggled up in bed.

What are you afraid of?

Many things. But I’m okay with it.

Music for sure. I don’t want to wait as long as I have the last time and am already thinking about what and how to create things next.