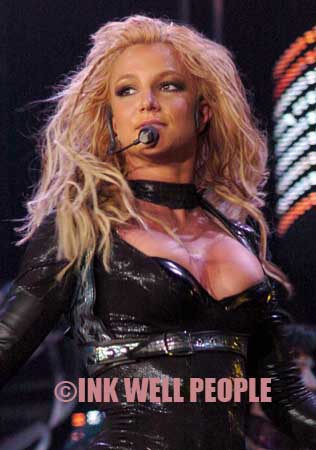 CONTROVERSIAL Irish singer Sinead Oâ€™Connor has publicly defended troubled pop star Britney Spears, offering to be her bodyguard.
The Dublin-born star, who is touring America promoting her new album Theology, told crowds at her show in LA that she supported Britney and dedicated her version of Rivers of Babylon to the recently divorced mother-of-two.
She told fans: â€œI’ve been keeping an eye on a girl who is getting a hard time in the media lately, and I just want her to know that if she needs a bodyguard, I’m her girl.
â€œI’d like to dedicate this song to Britney Spearsâ€.
On Friday Spears, who has recently come under fire for her partying lifestyle, was charged with one count of hit and run causing property damage and one count of driving without a valid California driver’s licence.
She is accused of hitting a parked car in a carpark in San Fernando Valley on August 6 and driving away.
If convicted the pop singer faces a maximum penalty of six months in jail and a $1,000 fine.