Lostboy! AKA: Simple Mindsâ€™ Jim Kerr prepares for an extensive European tour including a stop at the Spring & Airbrake, on November 10th. 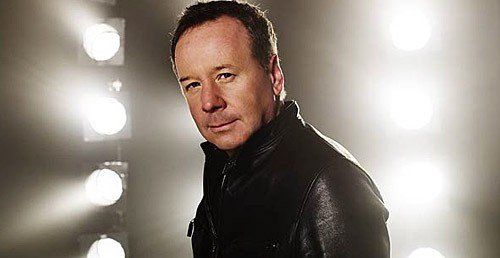 James â€œJimâ€ Kerr is the founder and the voice of Simple Minds, one of the most influential British bands of the Post-Punk musical revolution in 1978.

â€œLostboy! Akaâ€ is a solo album by Jim Kerr. The decision to use a new brand like Lostboy! is to underline the intention of the Scottish singer of developing a parallel career with Lostboy! together with the never-stopping success of Simple Minds.

The live set will of course feature much of the debut album; however Kerr intends to also revisit some Simple Minds cult classics especially from the Empires and Dance to New Gold Dream era, not to mention a few other real surprises. 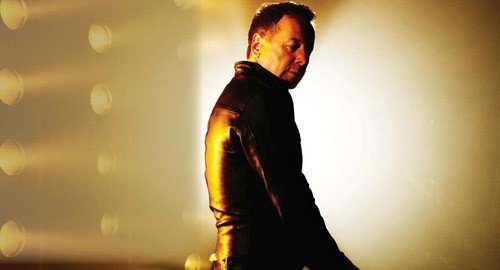 All in all people can expect a night of energetic and emotional music that could be categorised as electro pop, rock and dance!”

The album has a wide spectrum of sounds and emotions. From the electro-alternative of â€œShe Fell in Love With Silenceâ€, to the recognisable Simple Minds sound of the instantly classic â€œShadow landsâ€, pop gems like the title-track or â€œBulletproof Heartâ€ through leftfield episodes like â€œNail Through My Heartâ€ or â€œReturn Of The Kingâ€.

Not one filler song. One Alternative Pop masterpiece after another. Without doubt, one of the albums of the year.

A record for all Simple Minds fans, but also an album for all the fans in love with the British sound that made the world better after the Punk cultural revolution in 1977.

Simple Minds worked hard for years releasing independent albums that are now described as a primary influence from bands like Stereophonics, Manic Street Preachers, Cardigans, Kasabian and many others.

After their â€œindependentâ€ years the band developed into stadium stardom together with U2, without losing the edge and the style of their beginnings. Jim Kerr and Simple Minds sold over 40Millions albums and enjoyed Top 5 Chart success all over the world with singles like â€œDonâ€˜t You (Forget About Me)â€, â€œAlive And Kickingâ€, â€œMandela Dayâ€ and many others.

Jim Kerrâ€™s musical culture has been strongly influenced by Punk Rock and by the love for heroes such as Bowie, Kraftwerk, Genesis and The Doors.

Jim On The New Tour
Q. You are in the process of announcing a fair number of dates for Lostboy! that will begin mid October. Correct?

A. Correct, and with possibly 40 gigs or more planned it is an extensive tour at that. I am really happy to have the opportunity to get out and work on Lostboy live especially as with my other commitment these past months I have had to for the most part put all Lostboy! effort on hiatus. Apart from the most recent German radio promo tour

Q. Who will be with you on stage?

A. Fortunately there is no shortage of talented people willing to get involved. Jez Coad, Andy Gillespie, Simon Hayward, Paul Statham could all contribute in some way or other at different points. This will all be sorted out within the next week.

Q. Sarah Brown featured in the promo gigs that you did for the German radio shows, will she tour?

A. Seems so! Sarah is very keen and again this is something being sorted out. It is difficult to commit to a two-month tour and especially in Sarahâ€™s case where she has already just spent months on the road this year.

Q. What will be in the set list for the tour?

A. I never give the set list away months in advance! But I will build on top of the German radio electrosets that feature the album tracks and more. I also believe that there will be a number of new songs in addition. Maybe 3 or 4. It is very important even at this early stage that Lostboy! is moving into the future with new music. Surprises will also feature!

Q. When you toured earlier this year with Lostboy! you had a full and very impressive rock band with you. Were you not tempted to continue with that?

A. They are a great band and I am sure they will appear again with Lostboy! Particularly if I get offered some festival appearances next year. However there are some factors behind the change of format to the “ELECTROSET”.

The first is that I genuinely don’t want to be tied down to any one particular format and right now it is the smaller three – piece outfit that suits my current curiosity. The next Lostboy! album could also have a more electro sound and therefore maybe it is best to prepare the road for that now.

This is not to say that the rock element would be totally sacrificed. But I don’t want to make the same record twice either!

Q. When did the idea to do the Electroset format occur first?

A. My very original idea for Lostboy! was in fact to be more electro based and less of a 5-piece rock band. I figured that after being in a rock band for most of my life, why should I go out and frontâ€¦another 5 piece rock band, no matter how good?

In the end though, that is what I did for the original showcase tour in May, and it was great. Not exactly a total new experience for me though, not new enough for some others also who apparently just could not see the point in me doing that.

Some critics wanted to see me try something more novel and they had a strong point in my opinion. The Electroset by nature might be of more interest to these types. The real importance of Lostboy! for me is that I keep things fluid and interchangeable.

That I keep it fun and that I donâ€™t get bogged down. I want to be adventurous, try different things. Somethingâ€™s might work really well, others maybe not so. Not all will be to everybodyâ€™s liking. Some people might prefer one idea to the other. That is ok!

Q. Touring tiny clubs with a 5-piece rock band must be difficult in some way?

A. Certainly was! Difficult even to fit everyone on stage in some of the places even. In addition to this and speaking honestly.

(Which is important, as I need my followers to know that they can trust me and the reasons behind my decisions in respect to my work) Given the economics of the present live situation and within the beginners level that Lostboy is at, i.e., playing tiny clubs and determinedly keeping the ticket prices at a level that is hopefully modest enough for most people, it simply would not be feasible to take a full band and crew around the continent playing for months.

That reality in turn means so many people would not have had a chance to hear Lostboy! songs live. I just cant have that. These songs were written to be performed and shared around. Nothing, even economic frustrations, would stop me or make me give up on seeing that all of this happens with this music.

Q. Electroset is the solution then?

A. The “ELECTROSET TOUR” with its micro set up, provides one kind of solution, it will allow me to bring these songs to people, far and wide. Possibly even to US, Canada, OZ, Japan, I hope!

Q. The Electroset is your way of striking back at the frustrations. Not giving up?

A. Precisely! Some other artists in the same start-up situ as me, would perhaps decide as an alternative to the band format, to simply sling on an acoustic guitar and go out and do an intimate “troubadour show” as a last resort in their determination to be heard.

That is not Lostboy style of course, but the ELECTROSET TOUR is born out of the same mentality!

Q. But it is an artistic choice first and foremost. Right?

A. It is an artistic choice, something I want to experiment with. My roots are so connected with the 70â€™s and 80â€™s electro sounds, it is always good to tune into your roots from time to time.

Q. Yet another big challenge coming up then?

A. Yes, it also gives me another big challenge in that for the first time I cannot walk on stage and depend on an explosive rock band by my side to pump me and everybody else up!

That said what I will bring will be impressive in another way. Different set of dynamics totally.

I am really looking forward to it all as I say!