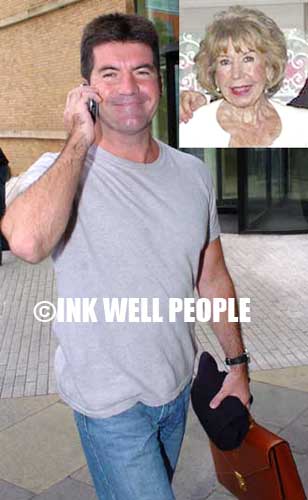 X Factorâ€™s Simon Cowell, shows his soft side this month by encouraging family, friends and colleagues of breast cancer sufferers to support the charity Against Breast Cancer, during Breast Cancer Awareness Month this October.

Simon is backing Against Breast Cancer whose â€™1 in 9â€™ Campaign urges people to do away with traditional greeting cards and replace them with Charity Greetings that help raise money to fight breast cancer.

Simon became a patron of Against Breast Cancer after the charity supported his mother Julie when she suffered from the disease.

Simon says: “I really admire Against Breast Cancer’s work. Their aim is to develop a breast cancer vaccine. In addition their five year diet and lifestyle study will lead to helpful advice that will increase survival after breast cancer.”

Against Breast Cancer wants to connect friends across the UK – ‘Breast Buddies’ – during Breast Cancer Awareness Month to raise Â£90,000, which will support 1,000 breast cancer patients in their research study for one year.

â€œOne in nine women in the UK will be diagnosed with breast cancer and most of us know someone who has suffered from the disease. We want to highlight this in the â€˜1 in 9â€™ campaign to remind women to continue to check themselves on a regular basisâ€, says Anne Byard, Head of Fundraising at Against Breast Cancer.

Instead of sending traditional greeting cards for the remainder of 2007, Against Breast Cancer is urging their supporters and the general public to buy a bundle of 9 Charity Greetings for the special price of Â£9 and connect with nine of their â€˜Breast Buddiesâ€™. Â£5 will support breast cancer research.

A Charity Greeting is a charitable and environmentally friendly alternative to a traditional greeting card allowing senders to do something extra special by supporting charity; making their thought literally count.

Consumers can choose from a stylish new range of designs, and each Charity Greeting will be virtually posted through their friendâ€™s letterbox. Itâ€™s like getting the real thing, without the paper waste.

In addition to birthday, anniversary and good luck designs, amongst others, CharityGreetings.com has created a â€˜Breast Buddiesâ€™ exclusive range which friends can send to one another online during Breast Cancer Awareness Month and help spread the word.

Those who purchase a â€˜1 in 9â€™ bundle may enter into a competition to win a number of fantastic prizes for them and nine of their friends, and those who show their support will also be listed on the â€˜1 in 9â€™ Wall of Fame alongside the first celebrities to buy a â€˜1 in 9â€™ bundle – Ben Shepherd of GMTV and Agony Aunt, Caroline Monk.
aabc.org.uk
charitygreetings.com/1in9