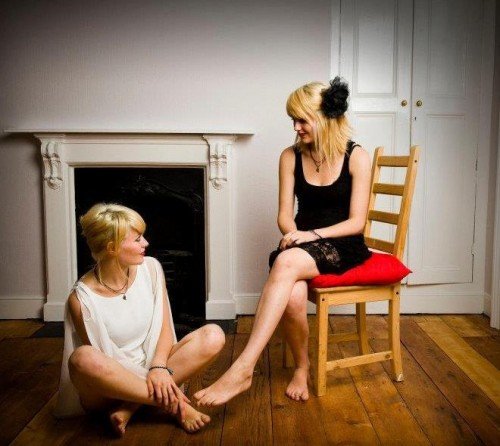 Silhouettes new single release, ‘Can’t Keep Up’ can be heard all over the country at the moment after being chosen as the tune for the 2012 Discover Northern Ireland Television advert which is currently being shown nationwide.
‘Can’t Keep Up’ shows an edgy side to Silhouette, confident in their craft and executing it beautifully.

With fans such as Snow Patrols, Gary Lightbody, its no wonder 2012 is set to be the year of Silhouette.

You can also catch Shauna Tohill performing with Snow Patrol during their European Tour in February / March.

In the darkness of the Silhouette, perhaps we can find whatever it is we are looking for?

Shauna Tohill knows this, and her choice of Silhouette as her alias is very telling. Joy, light, God, tears…unlike her namesake, the palette she paints from is varied, but abstract enough for us all to find meaning in.

After playing in various outfits over the last few years, Shauna exploded onto the Northern Irish music scene with her distinctive voice and songwriting style.

Ignoring genre or preconceptions, her piano led brand of dark pop instantly won a wealth of fans in her native country, bringing a fresh voice to an increasingly talented pool of musicians.

Drawing comparisons with the intense piano based songwriting of Tori Amos, as well as the quirky pop of Kate Bush, Silhouette’s music is adaptable to many different situations, just as capable of wounding you with a whisper as it is with stunning you by screaming.

Lyrically playing about with pre-conceptions of what you think she is, her songs speak of nature, of purity, and of darkness. With sweeping arrangements that Lana Del Rey would sell her lips for, Silhouette can break your heart and then make you smile, frequently within the same song.

After high profile support slots with Snow Patrol, as well as appearing on guest vocals with the band, the music of Silhouette is poised totranscend to a wider audience, an audience that is sure to be captivated by her epic muse.

Ably surrounded by a revolving cast of musicians, fleshing out her music with cello, double bass, drums and guitar, a Silhouette performance can be as intense as a pinprick, or a euphoric celebration; for Silhouette, nothing is out of bounds.

Part holistic therapy, part wounding blow to the heart, the time is right for Silhouette. Listen, and see the meaning hidden in the darkness.