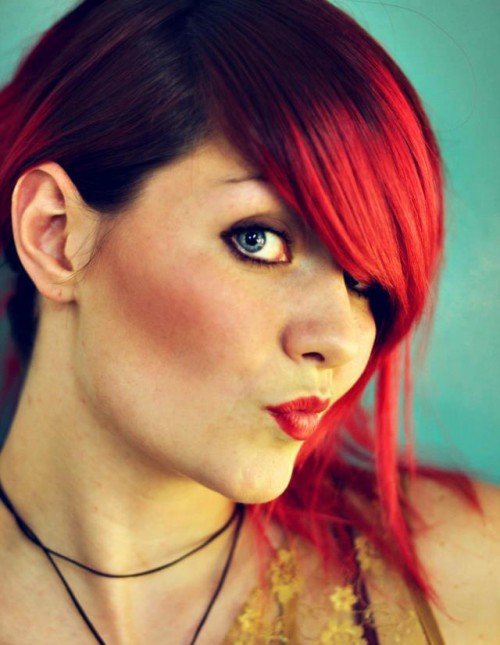 Northern Ireland’s leading female singer songwriter Silhouette (aka Shauna Tohill) is poised to release her latest single ‘Running Against The Wall’ this summer and if previous releases are anything to go by this may well be the song that makes this talented young lady a global music star.

With high profile gig and guest vocalist spots already under belt (including support for fellow NI stars Snow Patrol), plus an advertisement for NI Tourism, Fame snatched the opportunity to interview her before the worlds media decend on her.

Hi Shauna, first up I suppose we have to ask why you bill yourself as Silhouette?

I always had a thing about naming things that I do – I thought Silhouette would a be a perfect name to perform under because as the name suggests – it is like a shadow that I can hide behind and express myself from a completely blank slate.

It also allows for development in band members and also musical direction meaning that the audience and band members can experience ‘Silhouette’ in a different way every time. 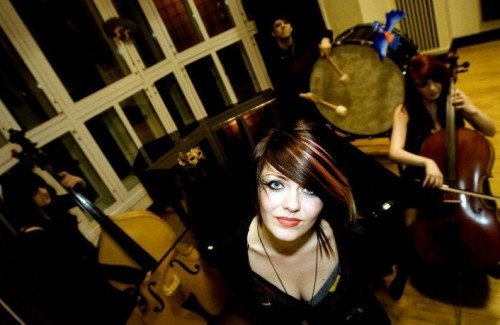 Due to your song being fetaured in an Northern Ireland Tourism advertisement many of our readers may know your work, but not you, how would you describe your music to them?

Hmmm… I would say my music is honest, thought-out alternative pop music with a twist?! ha ha!
Has your success to date surprised you?

The success that I’ve had so far has been overwhelming at times but I do feel that I have worked very hard to get where I am and have taken risks (as have all the people who have supported me musically in the band and personally so far).

Northern Ireland seems to be producing a high number of musicans these days, but very few make it successfully beyond these shores, have you an opinion why that is?

I agree that there are a huge amount of fantastic musicians here in NI but I dont really have much of an opinion on why they don’t get noticed.

The world we live in today is very easy to reach and there is always a fanbase for everything – I guess its just about working hard enough to find out who they are, where they are, how many of them there are, how you can reach them and how you can hold on to and treasure them!

You have to put yourself in the right places in order for lady luck to find you – you rarely will find her by just sitting there and hoping! 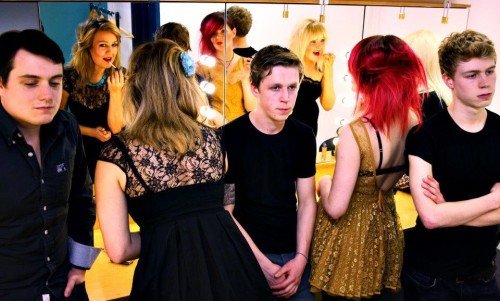 How did you start out in the industry?

I was always a singer from a young age and grew up in a musical family but I started when I was about 15 in my first band ‘Hastur’ – it was a metal cover band who perfomed in a few venues in mid-ulster with some of my best friends.

While in that band – I always had a heart for writing my own music in a more pop/rock/alternative style and began to write my own songs and co-write with a girl called Grace Leacock.

We then started our first original and serious band called ‘Angelfall’ and from there – the bug bit me and I grew from there in the industry, picking up new instruments, teaching, sessioning and playing with many different people in different bands until I settled with Silhouette.

Was it tougher being a female?

I must admit it was in the beginning. We found a lot of people (mainly boys) would give us judgemental looks and would pass comment when we would come into venues or onto stage with our gear.

We even had one group of lads shout over to us once saying “Aw, isn’t that so cute – the girlfriends carrying their boyfriends gear in for them!” and you would hear people saying “Hmm… girl’s in a band – they’re probably going to be sh*te!”

But this gave us even more motivation to be brilliant and show people that females can rock just as hard as the males!! 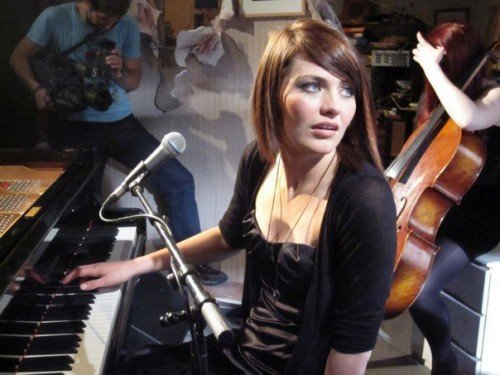 What inspires your music?
People inspire me – things that we go through, emotions that we experience (good and bad). I like to tackle tough issues that everyone goes through in their lives and try to give them some hope.

I hope to be able to provide some kind of support or therapeutic release through music.

How did you get the support spot for the Snow Patrol live shows?

I play in a band called RAMS’ Pocket Radio who were asked to support at a show in London – their publisher heard me sing and sent on a few links to the SP boys to show them and I then got an email asking if I would join them on stage and sing 2 duets!

Following that show they asked to sing with them at the MTV EMA’s in Belfast shortly followed by their EU, London and Irish tour dates.

Are they your largest live crowds to date, how did it feel to be on stage there?

It was incredible and most certainly my largest live crowds! At the EMA’s I felt very overwhelmed as when I came onto stage – 15,000 people screamed and could literally feel it!! It was so much fun!

What does the rest of the year hold for Silhouette?

The main thing at the moment is that I’m in the writing process for the upcoming album so will be in the studio a lot this year!

There will be another single (or EP) coming out in autumn followed by a tour in Ireland, UK and hopefully an interailling EU tour and then the album out in the new year.

We have plenty of tour videos and live sessions that will be online for peoples viewing pleasure from the running against the wall tour!

Where do you hope to be in five years?

I hope to have written, recorded and released a couple of great albums, toured with the likes of Jessie J, Florence and the Machine, NIN (if they get back on the road again!!), Rihanna – maybe have co-written with Amanda Palmer, Tori Amos, Trent Reznor and the guys from the Deftones, to live in a log cabin, to learn how to live of of the land and to have helped, support, inspired and changed some of the lives of kids/families who suffer in the third-world – especially Haiti.
facebook.com/silhouetteofficial
©FAMEMAGAZINE.co.uk