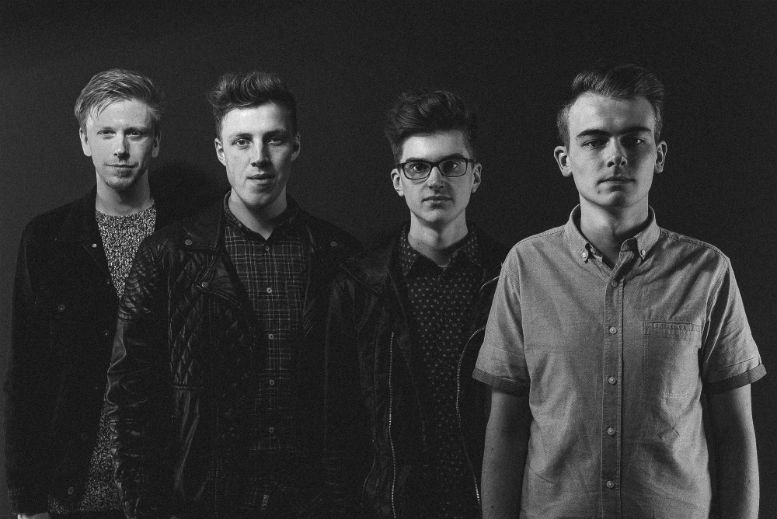 Hi SHVLLOWS how are you today?

Hey FM we are fantastic, happy to be here.

So who would you say the brains of the band are?

Luckily everyone has their own part in the band, which is incredibly rare. Usually theres always that one guy that needs constant babysitting but we all treat this project like a full time job. It’s not really cool to talk about how we all sit together making financial spreadsheets for the next release and tour…..We do though.

What’s your new single ‘Zurich’ all about?

Zurich deals with the themes of anxiety and self-doubt, and the extreme lengths to which people will go to over- come them. The verses of the song follow the main protagonist who is suffering from these emotions, whilst the choruses promote positivity, and the overwhelming message that no one is ever truly alone.

We all did music in high school, pressing the DJ button on those Yamaha keyboards because it was far easier than maths, but we all eventually studied music at university and although we have all toured and played in other bands this is our first proper shot at being relevant within the industry.

If you could collaborate with anyone alive or dead who would it be and why?

We absolutely love EverythingEverything and it’s pretty much our dream to collaborate and tour with those guys, it would blow us away.

Unfortunately 2016 is the year of death for some infamous entertainers. When you heard about the passing of David Bowie and Prince, which upset you more and why?

Both are absolutely huge losses and you simply can’t pick which one was more heartbreaking, We all grew up listening to Prince and he has been such a huge influence throughout our music career.

What can we expect from SHVLLOWS in the upcoming months?

We have our new single Zurich coming out in September, a fantastic music video starring upcoming Scottish actress Chloe Edwards will accompany the release. We also have a bunch of huge shows including working with BBC Radio Scotland during the Edinburgh Fringe and our single launch at The Mash House on October 15th.