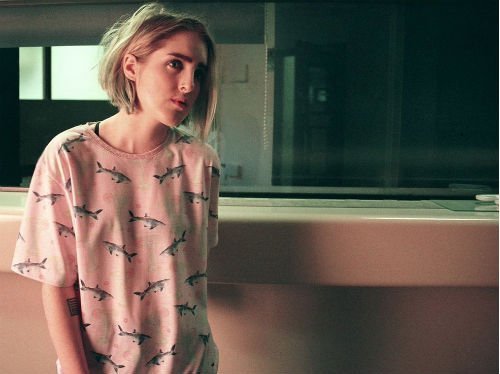 London based Anglo-Russian pop princess/performer/ producer/video editor, Shura, reveals the video to her shiny 80s infused upbeat tune ‘Indecision’. The track is about having no clue where you stand in a relationship, and subsequently who you are as a person… “Tell me why / we can’t make this work / it may be over but there’s something you should know / you’ve got my love boy, you’ve got my love”…

The splendid video by Emily McDonald and Nev Brook, it’s “a film about freedom and change…it’s a journey from one existence to another. We wanted to play with people’s first impressions and how they are often not the whole story.” Check out the rather funky remixes, by Jungle and London duo Formation.


Commenting on the Jungle mix, Shura says: “I remember hearing Platoon on Jungle’s Soundcloud over a year ago and freaking out about how good it was. I had no idea who there were and what the profile picture of a cartoon jungle teeming with animals meant the future held for them. Less than a year later, having released a few singles and signed to XL I heard they dropped Touch in an mix they did for Annie Mac from a mate who was listening at the time. It was pretty exciting. The fact that they’re also from Shepherd’s Bush – this tiny but amazing part of London – meant that I felt we had to collaborate in some way. Lucky they were really up for remixing and have added their awesome flavour to Indecision with this remix.” Here’s the original cut.

‘Indecision’ is the optimal follow up to ‘Just Once’ and ‘Touch’ (watch the splendid video of Shu’s friends snogging).

Shura is currently writing and recordings songs for her debut album, which will be released in the UK via Polydor Records later this year.