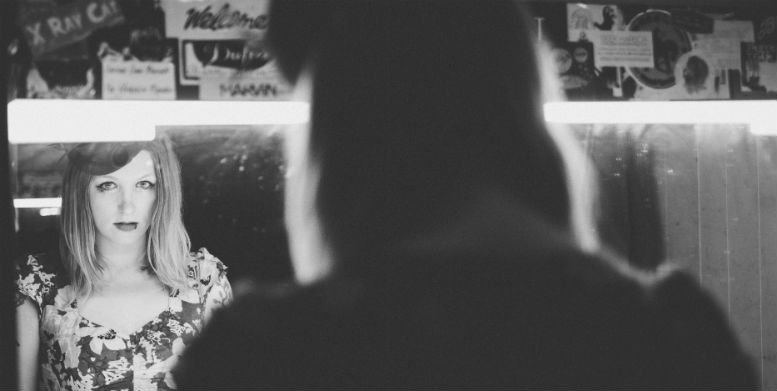 Disarm:15′ (out now via My Big Sister Recordings) is the welcome return of multi-instrumentalist and “nomadic optimist” She Makes War (aka Laura Kidd), a clever reworking of some of her favorite tracks from the 2010’s debut album ‘Disarm’.

This is the stunningly intimate ‘ghostsandshadows’.

Direction Of Travel’ (out this April) is She Makes War’s next album, which was produced by Laura herself and mixed by Dan Austin (Doves, Pixies) and features guest appearances from Tanya Donelly (Belly, Throwing Muses) Mark Chadwick (The Levellers), Clive Deamer (Portishead) and Nicole Robson (Bat For Lashes) amongst others.

Hi Laura! How are you today?

Very well thanks! I’ve just spent a really creative weekend working photographer Dina Karklina and makeup artist Penelope Gwen on shots for my forthcoming album campaign. I’m really happy with them and we had a lot of fun out on the streets of Bristol.

What did you get up to over Christmas and New Year’s Eve?

I just had a quiet time visiting family.

You’ve just released your EP ‘Disarm:15: which is a rework of your previous album. What made you decide to change some of the tracks?

I’ve had the fifth anniversary of my debut album release in my calendar for some time now, and knew I wanted to celebrate in a musical way. I picked out the songs I felt were most resonant to my current world view and that would benefit the most from a different approach, some hindsight and wisdom. It was a really interesting exercise – I wanted to keep the essence of the songs of course, but allow them more room to breathe. The new versions of “Scared To Capsize”, “I Am” and “Slow Puncture” have live drums now (played by Dan Whitfield) and it was great to get cellist Nicole Robson on board for “ghostsandshadows” and “No Fireworks” as she played on my new album as well.
What is your favourite track off the EP?

I really love the new version of ghostsandshadows. It’s a very solemn song about a very sad time in my life, and I always thought the song deserved more sensitive production and a darker feel.

What’s the story behind the EP and your previous album?

I suppose the EP is about drawing a line under a sad period of my life and getting emotionally ready to move on to writing new material. My 2010 album “Disarm” is about cognitive dissonance, trying to figure out where humans fit in between the natural world and the machines that surround us daily.

My second album “Little Battles” (2012) is about heartbreak, lies and romantic disappointment…and how luxurious it is to be able to complain about such things because we live in the privileged Western world (hence the “little” battles). 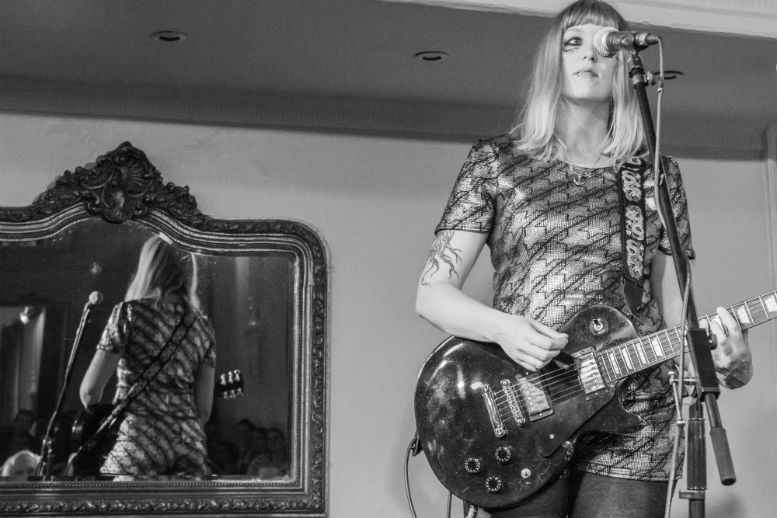 You have a new album coming out this year, can you tell us about it?

My third album “Direction Of Travel” (out this April) is about the voyages we take in our lives, both literally and figuratively, finding strength from within and always keeping going.

Always! I’m launching “Direction Of Travel” at Thekla in Bristol on 26th March with a rare full band show, supporting Everlasting Yeah at The Lexington in London on 6th February and playing as part of the BBC 6 Music Festival Official Fringe at Louisiana, Bristol on 13th February.

Very vibrant and high quality. It’s never hard for me to find great support bands for my shows.

Where do you see yourself in 10 years time?