Singing trio The Priests have defended their decision to collaborate with Pogues frontman Shane MacGowan after criticism from fans.

They teamed up with MacGowan, a former heroin addict and famously misbehaving rock star, to produce their Christmas single The Little Drummer Boy. 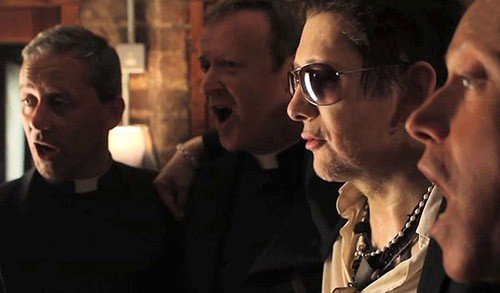 But Fr David Delargy said it was a privilege to work with him and that he had a â€œdepth and sincerityâ€ that is not picked up by the media. At the end of the recording session, Fr Delargy said, he asked the priests for a blessing.

â€œHe came across as a deeper, richer and more complex person than heâ€™s often portrayed,â€ he said.

Fr Delargy said their management team suggested the collaboration initially as a joke but that he and his fellow singing priests, Fr Eugene and Fr Martin Oâ€™Hagan, were keen on the idea. â€œA lot of my family and friends are big fans of his,â€ he said.

But he said it was not â€œa comment or judgmentâ€ on MacGowanâ€™s past behaviour and was not intended to â€œgive approval to things people may object toâ€.

The single is from The Priestsâ€™ third album, NoÃ«l, a compilation of Christmas carols which will be released on December 6.