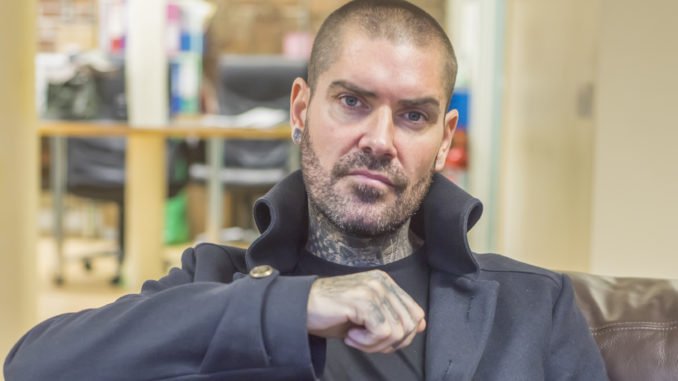 Boyzone star Shane Lynch has revealed that although the chart topping boyband are back in the studio there was once a time when he hated the music.

Earlier this year Shane, 41, alongside Ronan Keating, Mikey Graham and Keith Duffy agreed to a comeback tour and album.

But this time it will be with a difference.

Although fans will recognise the well known foursome and their sound one condition for Shane’s return was the opportunity to experiment with the Boyzone sound.

He revealed: “I don’t think back then I really ever admitted that I didn’t like the music we were creating, I just got on with my job.

“The people close to me knew, they knew I hated all the records. I really did hate them at the time because it wasn’t me as a character.

“Now as an adult I love Boyzone records because it’s more about the memories and the emotions than it is about the music. When I perform them on stage it takes me to a place that I love and I now love those records. Now I really appreciate Boyzone’s music, I hear the songs differently, each song takes me back to a moment, a person, a thing, an experience, a time in my life that I relate to and that’s what Boyzone music does to me now – which is why I’m cool with it now and I’m back with them.

“When I was making the music it just wasn’t me, I didn’t like it, you can see the blatant visuals between Shane Lynch and the rest of Boyzone, I was a very different guy – how I dressed, how I walked even.”

Throughout his career with Boyzone Shane always stood out, always trying new ways to exert his individuality away from the band.

“It was around this time that I started to get tattoos and stuff. I suppose I was kicking back, I had an individual character that wasn’t particularly expressed within the band in the early days and then when we we started to get successful I thought I want to get comfortable in me.

“It was ok if I wasn’t doing the records I wanted to do but I thought at least I could look the way I wanted to look, I was more of a hip hop urban kind of guy, that’s what I grew up with and what I listened to regardless of whether I got into a band like Boyzone or not and I wanted to continue like that.

“For me though I think I slipped back a little bit into that character of just matching the boys when we made that come back in 2007 or so where I fell into the suits and looking like the rest of the guys, whereas now with this album I feel comfortable being just me and doing the photoshoots and stuff in the way I want to be and I think that’s an important part of where we are now.”

This time Shane says things will be very different and he’s looking forward to taking to the road again with the boys.

He said: “We’re back in the studio, we’re about seven or eight records into making our new album, it’s amazing, I absolutely love it and I’m very very happy to say that I, Shane Lynch, love the new Boyzone album. You know I grew up so many years in the 90s not really caring about the music I made. It wasn’t really my style of music, it’s not something I would physically buy, it was a group I was in. This album on the other hand – I would buy these records.

“This time I’ve had way more input into the music I went out to a record company meeting and I had a very visual plan of what I thought Boyzone’s music should be and the direction I thought we should go in and it wasn’t met with such great enthusiasm but I was enthusiastic about it and I went out and I found songs that are going on the album.

“I went to see a lot of UK producers which are delivering records from people like Emeli Sande, Tinie Tempah, Labrinth and so on, a lot of the current artists that are out there today. And we’re doing them, we’re making those records, the ones I would like to listen to and it’s incredible.

“We’re working with some awesome producers on this album – we’re nearly there, maybe another five records. I believe this is the best album we’ve ever made.”

And this time the boys will be less like a boyband and reflect their individuality more.

“I think that for some of the singles people will immediately recognise it as Boyzone, whereas the album will have typical Boyzone records which you could say are Ronan Keating styled records and the genre he sits in.

“I have tried to push that boat massively and one of the resons for doing it is because I don’t care what record Ronan Keating does the dynamic on that record changes because of his voice and who he is, so that’s why I’ve tried to help push him – and the band – into a different avenue as well.

“One of the reasons for this was because we wanted to bring forward the personalities of everyone in the group moreso, I really believe we can do that now.

“I’m an alternative guy and I like alternative sounding music but I think the concept for this album is very simple – Boyzone 25 years who are they as four people and I now have my three records that I went out and championed. In some songs I will take the lead in others it will be Ronan, Keith or Mikey. We all have our own sound.

“I’ve always wanted to be able to say ‘I love this record’ when it came to a Boyzone song and that never really happened in all those years.”

“I think one of the hardest things for men is to buy a nice cut suit for a nice price. That’s what we wanted to source a good quality suit for affordable prices” he said.

But it’s not Shane’s first venture into Northern Ireland. The star says Northern Ireland is like his “second home”, he currently owns four barber shops The Elk & Clipper salons in Banbridge, Armagh, Portadown and Lurgan. 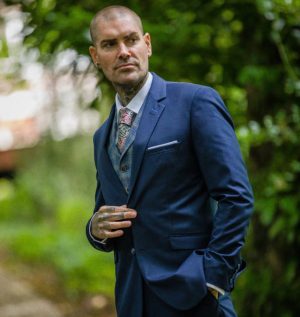 “It’s not my first business in the fashion trade” he said. “I did jocks / underwear I got into the 1952 clothing brand label which sold to America. I still have one of my original clothing brands called Evolution Fight Wear which has been going about 10 or 15 years now. So I suppose you could say I’ve been in the rag trade for about 15 years.

“I launched my Amen Shoes brand last year and it’s been an amazing year. The suits are a bolt on to that. It’s nice to see it all in one place – the shoes, suits, cufflinks and all that. And us blokes we’re strange you know we like it all in the one place.

“I’m very excited about it and I was passionate about taking the brand to Ballymena first rather than Belfast. I hope to open in Belfast at some point but for now I’m delighted with where we are.”

For Shane Amen Shoes & Suits and The Elk & Clipper aren’t likely to be his last business ventures here either.

He said: “Northern Ireland is like my second home. I always leave here empowered, I leave here driven. I always feel great when I come here. I don’t know what it is, I think there’s a different mentality with people over here – there’s a kindness to the North of Ireland and a kindness to the people that I certainly feel and receive that I don’t feel I receive anywhere else, I love coming here.