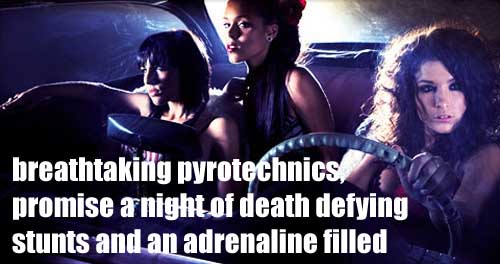 The first stop of the 2009 Masters Of Dirt will be at The Odyssey Arena on Saturday 14th February. Some of the world’s best and craziest freestyle riders will be performing, and they will be joined by the world famous and breathtaking Fuel Girls for an exclusive sexy fire-eating display.

Of course, a quad backflip by Jon Guetter and many other crazy show acts!

Masters Of Dirt is a unique event bringing together elements of the most spectacular extreme sports and turning them into a breathtaking high octane show.

Combining freestyle Motocross, BMX, Minibikes, and even a Snowmobile Masters of Dirt is now widely accepted as the most breathtaking freestyle motocross show in Europe boasting the top European and American riders, male and female alike… 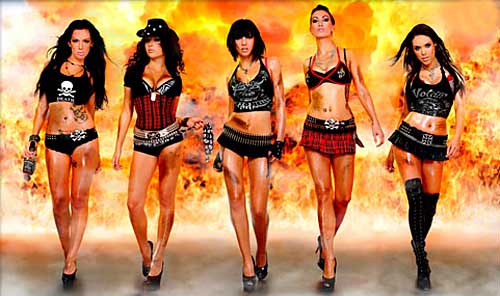 Masters Of Dirt will be joined by special guests The Fuel Girls who together with a sexy fire-eating display and breathtaking pyrotechnics, promise a night of death defying stunts and an adrenaline filled show which is not to be missed.

The Fuel Girls tour extensively throughout the world, and have performed in Las Vegas, Hollywood, San Tropez, Marseille & Miami, as well as Mykonos where they shot their latest calendar.

The Fuel Girls also work on various film and TV projects. The Fuel Girls latest show has been put together for arenas, and their use of motorbikes, punk rock cheerleading and heavy duty t-shirt cannons bring the sexiest mad max mayhem into the arena and get audiences going wild!

This promises to be a night of death defying stunts! Masters Of Dirt have enjoyed success throughout Europe and the US and is ready to take Belfast by storm!
mastersofdirt.com
fuelgirls.co.uk
MASTERS OF DIRT
THE ULTIMATE IN FREESTYLE MOTOCROSS
SPECIAL GUESTS THE FUEL GIRLS
ODYSSEY ARENA
SATURDAY 14th FEBRUARY 2009
TICKETS ON SALE FROM ODYSSEY BOX OFFICE & USUAL TICKETMASTER OUTLETS
CREDIT CARD BOOKINGS 0870 2434455 & 028 9073 9074
BOOK ONLINE @ wonderlandpromotions.co.uk/
ticketmaster.ie