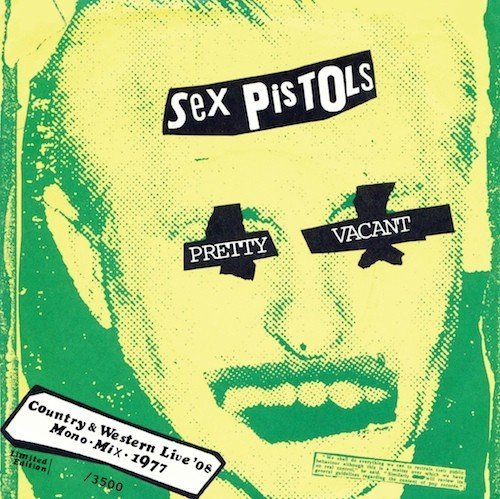 The Masters of Punk Rock, Sex Pistols, will release a very special version of ‘Pretty Vacant’ as a limited edition 7” record on April 20th for Record Store Day.

The A-Side is a previously unreleased version of ‘Pretty Vacant’ recorded live at the Hammersmith Apollo on 2nd September 2008. Featuring a ‘Country & Western’ style intro it, as John Lydon says, “brings out the c*nt in country”.

The flip-side is a 1977 mono mix of Pretty Vacant which was only previously available on an American promo of the single.

The 3,500 limited edition, numbered 7”s come in a faithfully replicated version of the original American promo.

Pretty Vacant was originally released in July 1977 and was the third single taken from Never Mind The Bollocks Here’s The Sex Pistols. Another masterpiece, the single, with its rallying cry ‘and we don’t care!’ swept the nation.