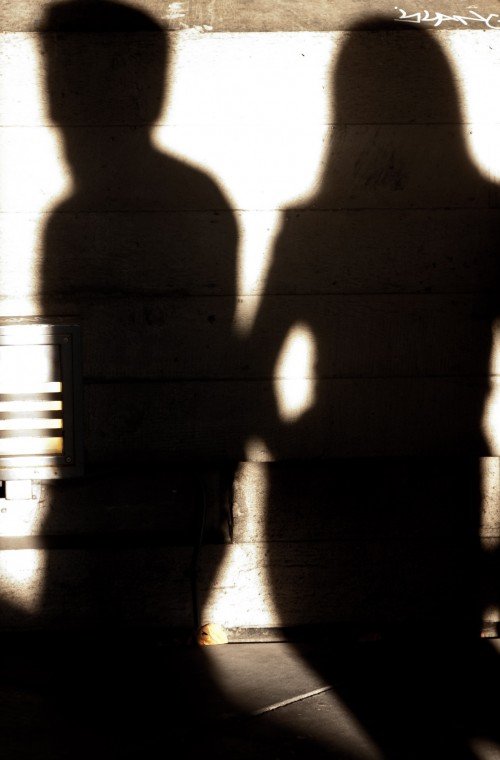 We had a chat with London noise pop electronica duo SEVERIN. They will be releasing their debut EP “Everything Breaks” on Tip Top Recordings (Blue on Blue, Royal Treatment Plant) in March 2012.

WHERE ARE YOU FROM?
Danny: We come from different parts of the globe, but are currently based in South East London .

HOW DID YOU GUYS GET TOGETHER AND WHEN?
Elizabeth: We met at a gig in North London a couple of years ago and guested in each others bands for a while before writing music together and then forming SEVERIN.
Download their track “Factory Fodder” for free below: Factory Fodder by SEVERIN
WHO ARE YOUR INFLUENCES IN THE MUSIC INDUSTRY?
Danny: Ian McKeye, The Knife, Flying Lotus, Kevin Shields, Throbbing Gristle…

WHAT YOU THINK ABOUT THE POP ELECTRONICA SCENE IN LONDON AND UK?
Danny: I don’t think there is a thing such as a “scene” in the UK , to be honest. There are several electronica artists that we really like, though. The Voyeurist, Blue On Blue, Luke Abbott and Gold Panda, among others.

WHAT HAS BEEN THE HARDEST PART OF BEING IN THE BAND FOR YOU?
Elizabeth: Lack of sleep.
Danny: Definitely lack of sleep.

TELL US A BIT ABOUT YOUR EARLY DAYS AND HOW THEY DIFFER FROM NOW?
Elizabeth: SEVERIN is still in its early days but compared to our old bands, we have ditched the traditional ways of playing guitar and synths and experiment much more with new instruments and sounds.

WHAT WAS THE LAST GIG YOU PLAYED, WHAT DID YOU THINK OF IT?
Elizabeth: The last gig we played was in Liverpool as part of the AND festival. It was held in an old dilapidated house with old TVs, art installations and zombie films playing in hidden rooms. What more can I say? It was fantastic.

HAVE YOU ANY FORTHCOMING GIGS? IF SO ARE YOU LOOKING FOR WARD TO THEM AND WHY?
Elizabeth: Yes, we are playing PopRox festival on January 11th at the Hoxton Bar & Grill. We took a break from gigging to record our EP and now can’t wait to play live again and debut the new songs.

WHAT’S THE MOST SUCCESSFUL THING YOU GUYS HAVE DONE TO DATE?
Danny: Recording Everything Breaks, definitely. Viv Albertine coming up to me to say how much she likes us. Playing gigs all over the country before having anything released.
Elizabeth: Signing with one of our favourite record labels about 3 weeks ago.

WHO HAS HELPED YOU THE MOST GET TO WHERE YOU ARE TODAY?
Elizabeth: Ladyfest has been a big help; we played our first gig at Ladyfest Ten in London, then played Ladyfest Manchester a few months later. There are some really awesome people in that scene who have believed in us and helped us from the start, especially The Girls Are and Riot collective in Manchester.
Danny: The guys at Club.The.Mammoth and Chew Disco have been brilliant too.

WHAT’S COMING NEXT FOR THE BAND?
Elizabeth: We are gearing up for the launch of our debut EP Everything Breaks which is coming out on 12” vinyl and digital download in March 2012.
Danny: We are also working on new material which will come out as an EP or an album, hopefully still in 2012.

IS IT HARD BEING A NEW BAND IN TODAY’S INDUSTRY?
Elizabeth: You have much more creative control now than you did previously; bands can record, distribute and perform their own music without being signed which would have been difficult before.

HOW IMPORTANT IS THE INTERNET AND SOCIAL NETWORK SITES TO THE SUCCESS OF YOUR BAND?
Elizabeth: It’s funny, you put a song online and before you know it, it is being shared, downloaded and talked about in all four corners of the globe. It has changed everything.

WHO WOULD YOU MOST LIKE TO COLLABORATE WITH IN THE INDUSTRY?
Danny: Flying Lotus, Kevin Shields and Kieran Hebden.
SEVERIN live: 11/01/12: PopRox Festival, London, Hoxton Sq Bar & Kitchen w/ Man Flu, Blue On Blue.
facebook.com/severin666