MGMT have announced they will be back in the UK in September, playing their biggest headline tour to date.

With the release of their hotly-anticipated second album, â€˜Congratulationsâ€™, fast approaching on 12th April, and with many critics already declaring it a masterpiece, these live shows are set to be some of the most in demand of the autumn. 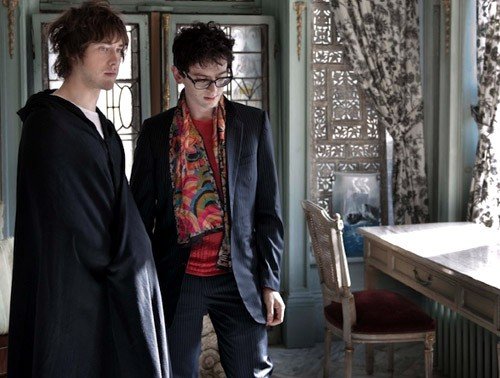 The band have recently played sell-out show in New York and across Europe, showcasing the new tracks, mixed with some old favourites to thrilling effect. These headline shows are set to see the band take things even further.

â€˜Congratulationsâ€™ is a huge step forward from â€˜Oracular Spectacularâ€™, the bandâ€™s debut record. Itâ€™s a fully-formed, rich tapestry of sound that is much more than the sum of the bandâ€™s influences. Co-produced by Sonic Boom and the band, itâ€™s the vital record of 2010.
www.whoismgmt.com
www.myspace.com/mgmt