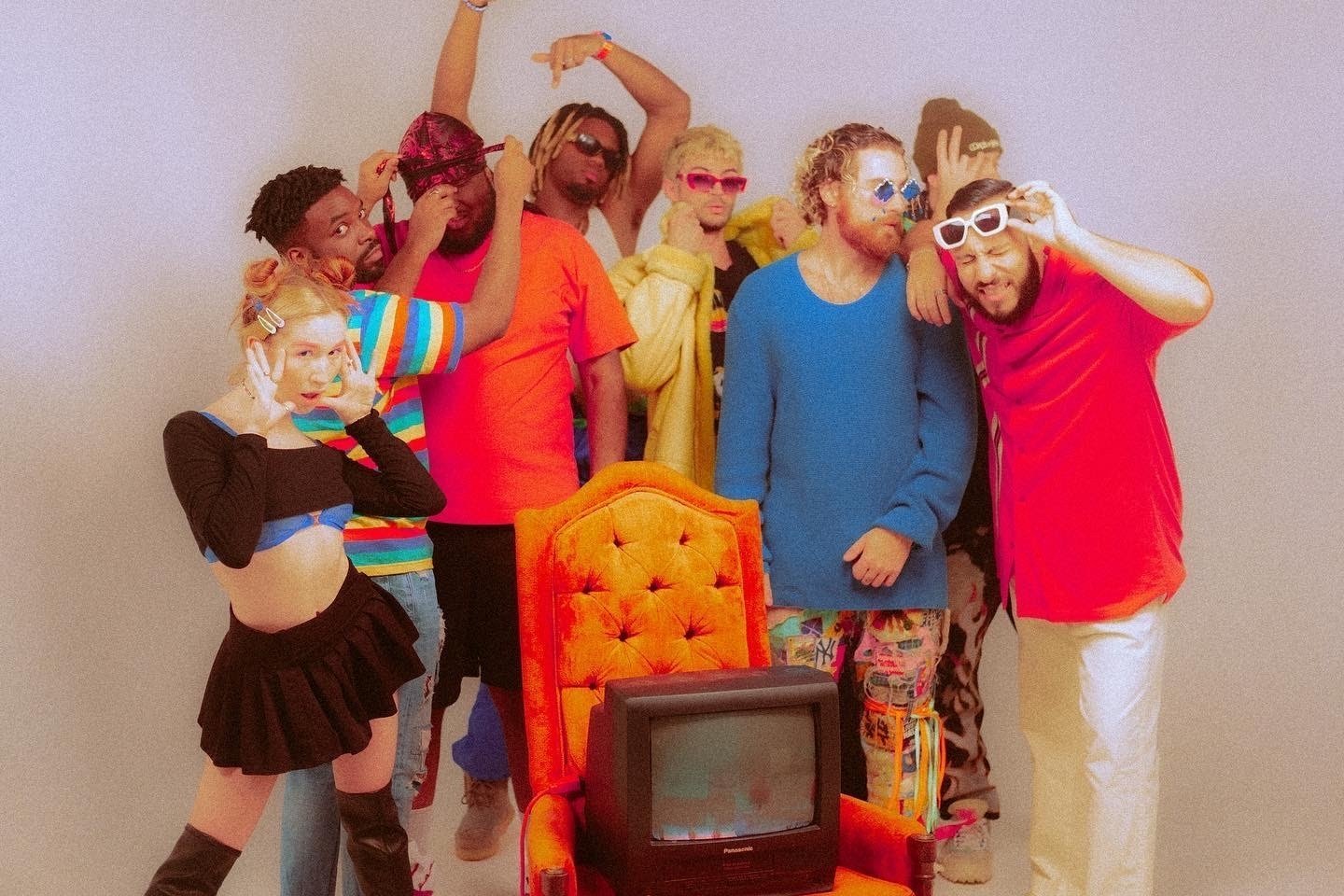 After releasing the first single (NO DAYLIGHT) off of their upcoming second album HZLIKHELL, Floridian 9-piece-collective seeyousoon is back with a new single and visual of the project via the high energy release FIX YOUR FACE.

seeyousoon explain: “Simply put, FIX YOUR FACE is a song about getting weird looks from people in public. As a rather weird-looking group of people, we’re no strangers to this concept. It’s a feeling we wanted to harness and turn into something empowering. The next time you catch a weird glare just listen to the song and you’ll understand.”

seeyousoon had a big debut in 2020, their 14-track album VIDÉ picking up wide-scale support. With plenty more on the way this year, like a performance at III Points this October after a successful show with 99 Neighbors last weekend in Atlanta, you’d be wise to keep a close eye on the rising group.