THIS week Coleraine actor Jimmy Nesbitt will be taking to the screens on Wednesday night as he presents The National Movie Awards.

The star, who next appears in The Way alongside Martin Sheen and Emilio Estevez, took to the stage to host the glitzy ceremony at the Royal Festival Hall.

Speaking of the awards Jimmy said: â€œThe National Movie Awards has quickly become a highlight of the awards calendar, but what marks it out – and makes the evening so special – is that the awards are chosen by the British public.

â€œWe are a nation of movie lovers and there is an extra thrill on the night knowing that millions of filmgoers have chosen the winners.â€

Meanwhile last Thursday Belfast born TV presenter Eamonn Holmes took to our screens as the host of Have I Got News For You. 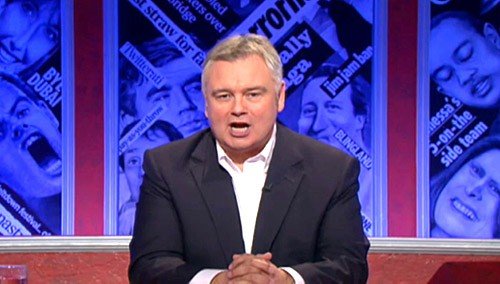 And the Sky News Sunrise anchorman also sang a little Lady Gaga while he was on there.

So if you missed our Eamonn tune in this Wednesday at 10pm to see a repeat of the show on BBC2.
By Tina Calder
Â©FAMEmagazine.co.uk