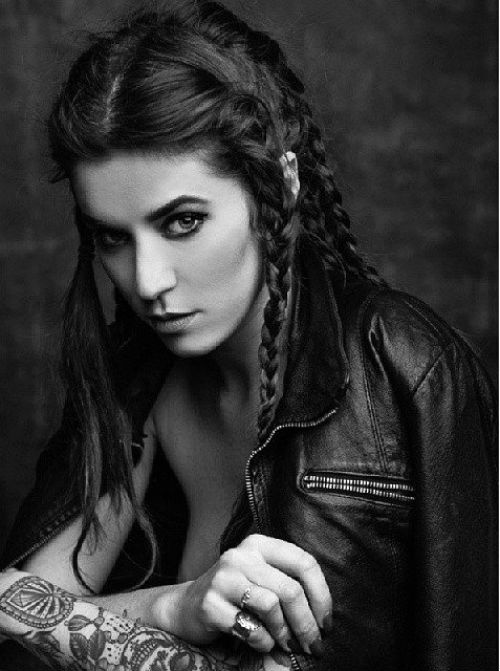 The impressive video titled “Hombre al Agua” is a dramatic mini-movie in which the Maher, as Seasick Mama, is trying to escape from her husband and then reveals her mental and actual escape from her horrible relationship…

“Man Overboard” was produced by Peter Wade and the accompanying video was shot in the Dominican Republic by award winning director Jay Bulger (director of Ginger Baker’s documentary, Beware of Mr. Baker). 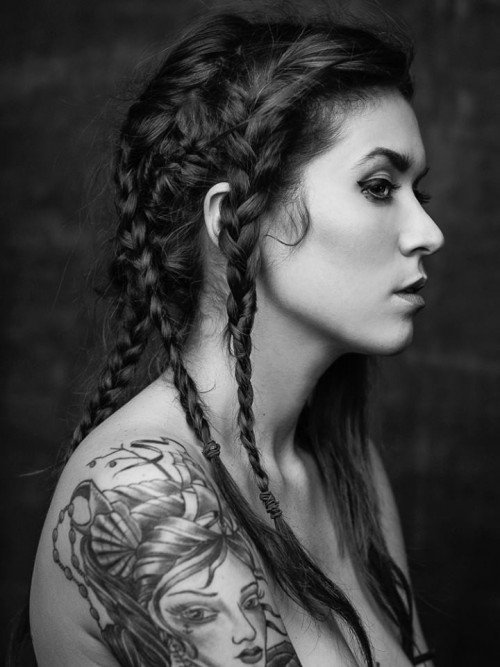 I love your track and surprising video for “Man Overboard,” did you have fun making it?

You’re not the first to feel “surprised,” I mean I was surprised when Jay Bulger agreed to direct the music video. Bulger is a “go big, or go home” type of director so the only way to approach the video was with all guns a-blazing.

The band was invited to play a festival in the Dominican Republic called Bacanalia (now called Isle of Light), and so we took this trip as an opportunity to shoot the video for “Man Overboard.” It is safe to say that filming the video was the most fun I’ve ever had in my life.

The weather, the production, the hospitality, and the support between my label, my band, and Jay Burger himself made me feel like a real “rockstar”…it finally settled in that the music I was making and the career path I chose as a musician was all beginning to count. 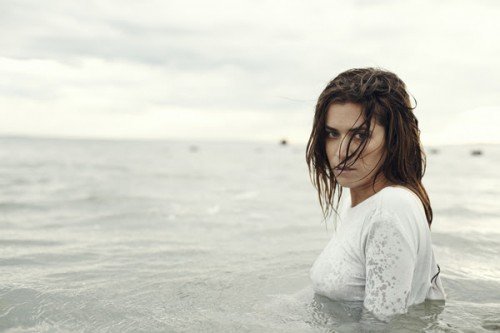 Tell me something I should know about Tip Top Shape!

Tip Top Shape was hands down, a learning experience. My very first EP “Dead Like Money” was a collaboration with Mark Turrigiano and Doug Stoley, very dear friends of mine. They gave me confidence and during the writing process a strong bond was built.

I still see them every week and we are continuously writing songs.

The writing experience for Tip Top Shape was much different. I was introduced to “heavy hitters” in the industry such as David Sitek (TV On The Radio), Peter Wade (MNDR), and Sam Farrar (Phantom Planet) and wrote songs with them in a few days.

Let me clear the air…these guys are fucking talented and have stretched me in new ways, but there is something rewarding and more satisfying about writing music that holds a memory or a connection with your collaborator…something special about being able to look a person in the eyes and say, “We’ve done good.” 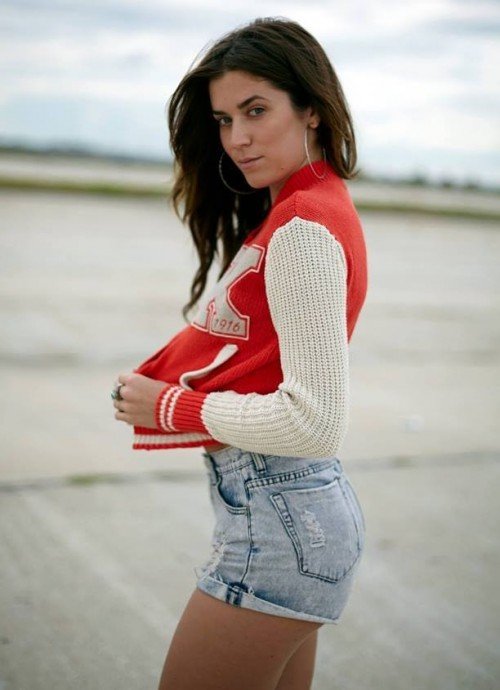 How did you start writing it and when?

I started writing Tip Top Shape in the summer of 2012 mainly between Los Angeles and New York City. I worked in quite a few different studios including Dave Sitek’s private home in Glendale. He owns a few cute bangle cats and had a team of really cool musicians.

There is a song that Peter Wade and I wrote (still untitled) that never made it onto the EP…It included the lyrics “I wanna be, better. I wanna be in, tip top shape.” 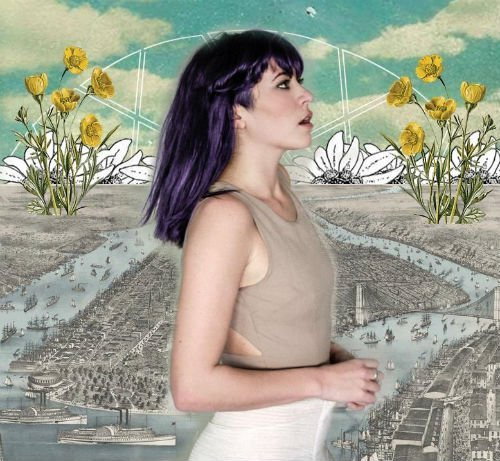 Have you ever thought, “this is what I’m made to do?”

Naturally I have my doubts. Occasionally I get very discouraged, but I have faith. I am a survivor and I work really hard. I was made to be creative. I was made to express. I was made to do things a little different. That is why music and I get along so well. There are no rules.

Who would you date within the band?

If I could date anyone in the band it would be my drummer, Will Fegan 🙂 He is tall, handsome, extremely kind, super chill, and well…plays the drums! They have a reputation for being good with their hands. 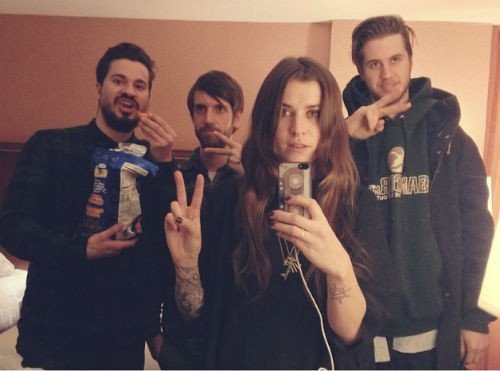 What has been the hardest part of working in the music industry for you?

I’d say the hardest part for me has been finding a good manager. Another hard part about working in this industry is being able to tell whether someone is a total bullshitter or not. I am very gullible.

We just finished a mini-tour in February where we played a lot of amazing shows. We opened for the Bad Rabbits in my home state of Rhode Island. It was a sold out show but most importantly most of my family was in the crowd. They are my biggest supporters.

My goal is to find longevity in my music career. It’s an extremely unpredictable industry. I want to start writing for major artists, or be a part of a team that produces music. I want Seasick Mama to make it to late night television. I want to be able to make tattoos look beautiful at 65. I want to be passionate forever.

I really hope that I am going to start working on putting together a 3rd EP or even a full length.