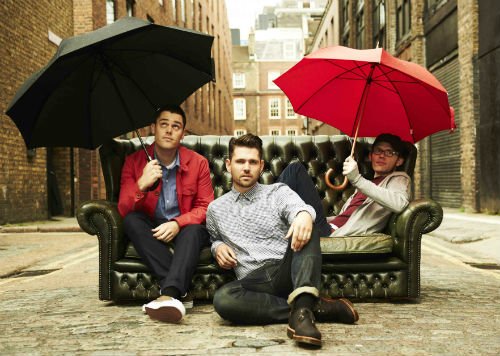 With a new single (Summer Time in the City) and an album (The Light Between Us) set for release over the next few weeks is was a no brainer for Fame to talk to hugely successful UK band Scouting For Girls about their new work and what the future may hold.
The band were very talkative and gave us some wonderful insights into their world. Below are the highlights of our chat with the band.

Hi guys so where are you today?

SFG: Well we are sitting in a nice sunny room at Sony in London.

Cool, I am in a very wet Belfast, but let’s not dwell on this (laughs all round). Anyway guys what can you tell our readers about your new album ‘The Light Between Us’

I guess the best way is to start by saying it is our third album and what we tried to do was move on from out previous releases. You know we do take where we started seriously and we also want to move on.

In all honesty I (and we) feel this is the best album we have ever made. Now saying that we have worked really hard and due to circumstances beyond our control (which the band don’t disclose to Fame) we have ended up using ten studios and five producers to get this album to where it is.

So has this long period of work meant you have many unused songs for future use?

No, what has happened is that we were able to spend so long over each song that we knew what was worth a spot on an album, or more(maybe even a single release). In this day and age you as a band don’t leave unused material if you can help it.

The way we approached this album was to make the best example of our work that we could. The songs we didn’t use are ones tat we felt were too inferior and of course would never make the cut. These days you cannot risk putting out a song people dislike, you need to offer up your very best and that is what we do.

So guys what does your new album/single offer old and new fans?

What we decided to do was to make the best album we could. It has enough old school Scouting For Girls tracks to please the fans, but we feel we have enough there to please everyone as well.

We have tried to mix in the classic sounds with some more up beat and guitar heavy stuff too. 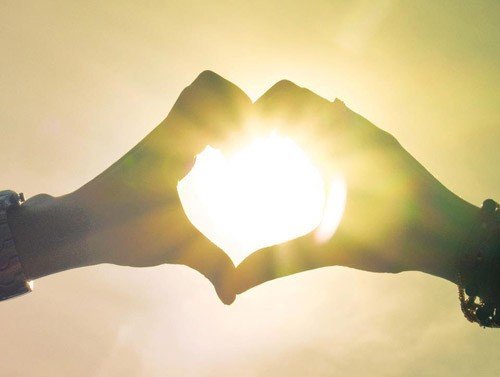 Do you plan on playing the new album in full at upcoming live shows or will you mix it up a bit?

The plan will be to mix it up. There is nothing worse than paying to see a band and they don’t even play the hits you want to hear. We are very aware of that and will gauge our set to suit our audience.

When it came to writing this new album was there a plan. Do you all have your part to play?

For this album we made a concious decision to work on all of the tracks together as a band. What we wanted was for an album full of songs that we could actually play live.

There are so many songs that work well in a studio, but when you play them in front of a crowd, they fail. Doing it this way gave us a real buzz and let us know how each song would work as a live one too.

So will you be touring this new album at all?

We do have a small UK tour lined up for October. It has been a year and a half since we last toured. So we need to do this and get back out there. This short tour will be a good showcase for the album and let us see what life is like back on the road.

In this digital era is there as much pressure on you as a band to produce a hit album/single?

We do think it is important to make hit songs. But at the same time we as a band want to write the songs we want to, the ones our fans will buy and enjoy. First and foremost we want to be able to write good quality songs.

Don’t get us wrong it is of course a humbling and special feeling to get a hit record. But whilst that feels so good, so does being able to make a song you know will mean something to your fans as well. A the end of the day we want to please the people that have got us here.

You as a band have been fortunate to play some of the biggest festivals and events. Have you any you yearn to play?

You know we loved the Isle of Wight Festival, I think we all would like to head back there. But you know what Phil. If it ever came up we would love to do one of those foreign type events, Ibiza Rocks would be one we’d jump at, give us a festival in he sun and we will be there.

I hear Scouting For Girls spend a lot of time working for a charity would you like to elaborate?

That is right, we are ambassador’s for the charity Warchild. We have appeared at many events for then and recently we did an sponsored bike ride around England. We were on children’s push bikes, so that as probably not our best move, but we raised lots of money and the event worked well.

What do Scouting For Girls think of the social media reliance by bands these days. Is it something you use a lot?

Yes we do use the likes of Facebook and twitter a lot, but we are also ware that our fan base is so broad we need to be careful about what we write or say. We have a lot of younger fans and we have an certain responsibility to them and don’t want to be seen to be swearing or worse on those sites.

Usually the most you will see us do online is post a picture of a funny road sign or something like that. You know we never imagined we would be a po band with young fans. But when we collected that fan base we adapted I guess.

I think we have sworn once on stage and that was back in the very early days (and to an over18 crowd). What we see now is younger fans at the front and the age range moves up til the back where the parents are sitting at the bar waiting to take their kids home.

But you know they are still enjoying the show and liking it. Our fans are so wide spread and that makes our job so great.

‘Summer In the City’ is on general release on August 26th 2012 and the ‘Light Between Us’ on September 3rd 2012.
scoutingforgirls.com
©FAMEMAGAZINE.co.uk