Scoundrels: The suburbs of London are a long way from the swamps of Louisiana, and crossing the musical space between is the stuff that dreams are made of.

But sometimes, when you concoct the right potion of talent, work, and magical circumstance, you will find that those dreams can come true.
This is the story of Scoundrels, and how they got there. 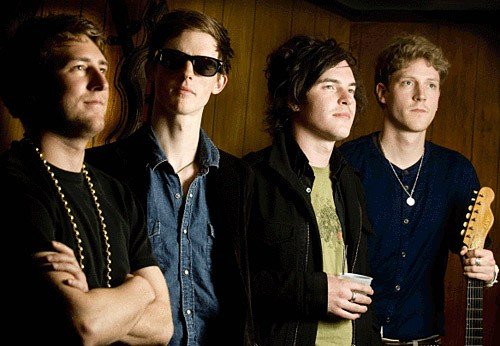 Being friends since their schooldays, they already shared the first magic ingredient to band chemistry, and a shared a love of 50s soul, roots, doo wop and classic rock led them all to Londonâ€™s LCCM music college where they were able to hone their skills, putting on rootsy nights at Notting Hill Arts Club and The Troubadour and recruiting the final piece of their band jigsaw George Elliot (20, guitar) along the way.

â€œCollege equipped us and it helped with our confidence,â€ admits Ned today, but they will admit that then, only two years ago, they had tendencies to play hour-long single-song jams peppered with renditions of the Batman theme. They picked their name simply â€œbecause it was better than Carpet Lickers.â€ 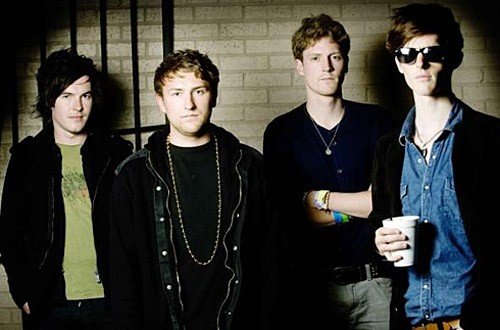 Nothing wrong with that of course, but the real dream at play was to find and authentic British version of the kind of the kind of blues that existed in their record collections and their imaginations. And when they managed to do that, they would find things moving faster than they could ever have imagined.

Being enterprising types, the band had compiled a list of industry figures to which to send their demo. And in a moment of brilliant serendipity one of the first (in all likelihood one of the only) people to take the time to listen to it was the A&R legend of Sire Records, Seymour Stein, the man responsible for the careers of no smaller names than Madonna and The Ramones.

Stein passed the tape to swamp pop production pioneer CC Adcock, and the dreams of these four English boys became the business of these two American heavyweights. The pair hatched a plan, as Ned explains:

â€œWithin Seymourâ€™s mind he came up with this idea, because he heard Cajun-ny vibes in there, and he waxed lyrical about South Louisiana, the scene and the music there, how it was this melting pot of blues, gospel and soul.

He goes down there every year to get his musical hit. He said â€˜you guys have got to go down there and work with a friend of mine, this fantastic producer/guitarist called CC whoâ€™s really into it.â€

A few weeks and feats of management money-making magic later, and the band were on their way to their Beatles-In-Hamburg moment.

They flew to the town of Lafayette (population 60,000) and were collected by a long-haired roadie with one tooth called Hart, who drove a 22-foot Lincoln Continental called the Cream Puff, accompanied at every stage by â€œa slightly bedraggled old stripper.â€

There, they slept on a houseboat in the Louisiana swamps, lived on a diet of Crawfish and Gumbo, watched two or three bands every night, most of which invited them up onstage with them and gorged themselves on a diet of zydeco jazz, blues and modern rock.

And by day they laid down the songs that were growing and evolving with every minute, growing rich in the Louisiana spirit. Some tracks, most obviously â€˜Louisiana Songâ€™ were written out there, but as Ned remembers â€œall the songs were played a certain way at home and every single one of them, when we got out there, was played a different way.

One of the things was laying back on the groove. Everyone was so laid back, it was infectious the way they played beats out there.â€

The sessions with CC at Studio in the Country and La Louisianne might have opened out their music, but the warmth and hospitality of the people there had an effect on a band raised on the uptight London music scene that will stay with them forever.

And this was not even to be the end of the Scoundrels American adventures. Having two legends have a hand in their debut album was clearly not enough. After six weeks in Louisiana they headed to Chicago to work with Steve Albini, whose organic approach of letting bands do things for themselves gave the record another flavour again.

The cat-loving lo fi impresario and cult rock Godhead left another indelible impression on the foursome. â€œHeâ€™s a really clever guy who knows so much about so many different subjects,â€ offers Ned, â€œhe was a proper eccentric but really friendly. He wears a boiler suit to the studio with pens in his top pocket, round glasses and spiky hair. Heâ€™s very clever and quietly dry. After all the recordings heâ€™d come and hang out and watch TV.â€

Taking songs born from a British sensibility and stirring in two distinctly American approaches, Scoundrelsâ€™ debut mines a virgin sound. And saying a lot for the bandâ€™s unique identity, it is not immediately apparent which songs came from which sessions. The songs speak of youth and love and hope and hopelessness, putting an arched spin on the myth of sex and drugs and rockâ€™nâ€™roll.

â€˜Red Riding Hoodâ€™ puts a sexy, swampy spin on the predatory subtext of one of our most popular fairytales. â€˜All On My Ownâ€™ channels the most legendary of bluesmen in a timeless tale of lost love, while the louche â€˜Sexy Weekendâ€™ is as satirical as it might sound self-indulgent. â€œI suppose a lot of the lyrics are a bit tongue in check. Some of them are ideas, some of them are true, some of the have bits of truth in them. I guess they are naturally quite English.â€

So would the band really class themselves as Scoundrels? â€œItâ€™s nice to have a certain amount of ambiguity about stuff like that,â€ laughs Ned. Without being purposefully offensive, weâ€™re just a little bit cheeky maybe. Weâ€™re well-meaning scoundrels perhaps. We always have the best of intentions.â€

A film documenting the making of the album by director Wyatt Garfield may be able to answer that one a little more accurately. But that the band have come up with a record that lives up to all of the classic rock rebellion they set out to encapsulate is undeniable.
www.myspace.com/scoundrelsofficial