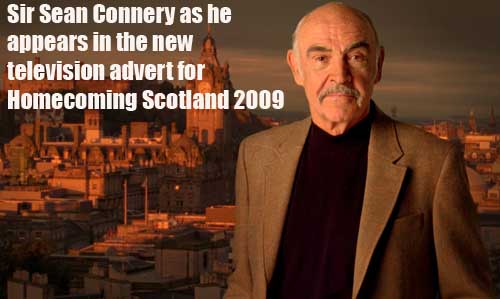 SIR Sean Connery, Lulu, Chris Hoy and Amy MacDonald are among a list of stars from stage, screen, music and sport inviting people from Northern Ireland to take part in this yearâ€™s Homecoming Scotland celebrations. 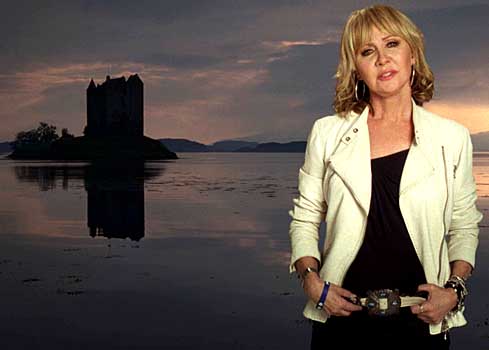 Through a television advert, which will be aired on UTV over the next two weeks, the stars are inviting anyone with a love of Scotland to join in more than 300 events and festivals that will make 2009 a very special year to visit the country.

Marie Christie, Project Director for Homecoming Scotland said: â€œ2009 is a great year for people to return to the home of their favourite Scottish memories and take part in some inspirational events that will give them many more special memories for years to come. 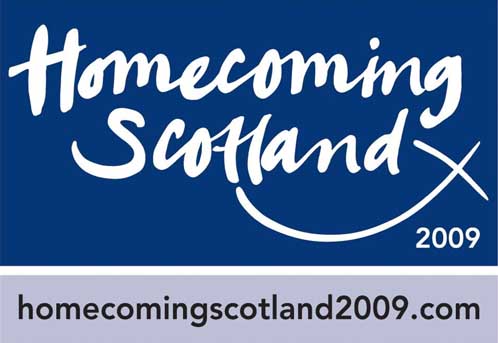 â€With the recent results of a YouGov survey indicating that 71 per cent of people in Northern Ireland have connections to Scotland either though ancestry or simply by living, working, studying and holidaying there, we hope that many will choose to visit Scotland for the celebrations.â€

In the same YouGov research, findings revealed that Elvis Presley (16%) was the most popular celebrity with Scottish ancestry that Northern Irish respondents wanted to take with them on their holiday to Scotland.

Northern Ireland has many famous connections to Scotland, from Snow Patrol who formed whilst at Dundee University to the former Celtic Manger, Kilreaâ€™s Martin Oâ€™Neill. Local fans of the country also include radio presenters Carolyn Stewart, who has fond memories of the spectacular scenery and warm welcome during a family trip to Loch Lomond, Caroline Fleck who feels â€œat homeâ€ in Scotland and Sonya Mac, who was born in Scotland and regularly visits Glasgow to ski at Braehead.

Fellow presenter Maurice Jay has actually traced his ancestry back to back to Scotland. Maurice said:

â€œI have spent many lovely days driving around Loch Lomond and Loch Ness enjoying the scenery and the fresh air. There is also a town called Killin on the shores of Loch Tay which happens to be the traditional homeland of my family clan and it was a huge thrill to buy the family tartan in a local shop and see the burial ground dating back to the 14th Century and the Battle of Dalree. For a short break from Northern Ireland, you couldnâ€™t beat it.â€

Homecoming Scotland marks the 250th anniversary of the birth of Robert Burns and is a year long celebration of Scotlandâ€™s great contributions to the world, including whisky, golf, innovations and ancestry. Some of the forthcoming events include the Spirit of the West whisky festival in May, the Border Common Ridings and Festivals between June and August, and the â€˜Inspiredâ€™ art exhibition running at Glasgowâ€™s Mitchell Library until September. A full programme of events can be viewed online at homecomingscotland2009.com