Music fans in Northern Ireland and Ireland will get the opportunity to pay tribute to the remarkable legacy of Arthur Guinness, right on their own doorstep, when acclaimed international and Irish acts give intimate performances in bars across Belfast as well as in a larger studio venue in the city.Details of the full line up for the studio event in Belfast will be announced closer to the time. Adding to the Arthur’s Day occasion will be the element of surprise at the pub venues across the city.

Fans attending these events will know they are going to see a big name act in an intimate pub setting, but they won’t know who until they turn up on stage on Arthur’s Day. 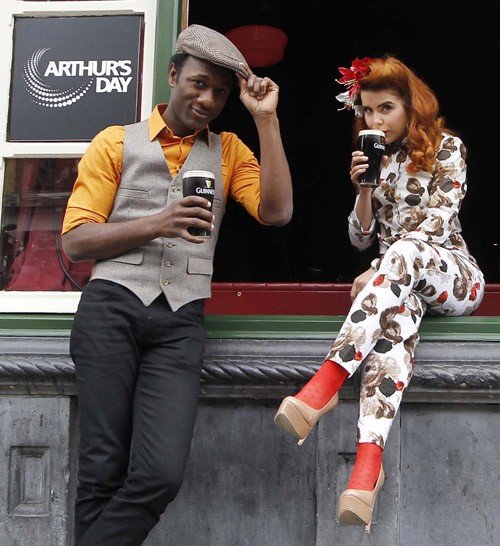 This was just a taste of what’s to come on Arthur’s Day itself. Guinness fans all over the North and South of Ireland, were treated to exclusive live footage of the performances and a special shout out to Guinness Facebook fans who were to a live stream on the Guinness Ireland Facebook page.

Speaking today Aloe Blacc said “I am delighted to be in Dublin for the launch of Arthur’s Day. I love the idea of performing in the intimate surrounds of a pub – it’s fantastic. Sharing a music experience like this with our fans will be incredible and of course raising a toast to Arthur at 17.59. Roll on 22nd September!” At 17:59 locally and around the world, countries including Italy, Germany, France, Spain, Caribbean nations, Malaysia, Indonesia, Australia, Japan, Singapore and South Korea, will all join in the celebrations to mark the philanthropic legacy of Arthur Guinness.

The Arthur Guinness Fund, along with Arthur’s Day was established as part of the Guinness brand’s 250th celebrations in 2009.

The Arthur Guinness fund has had a significant and positive transformational impact on local communities in Ireland. Last week it was drew down on a further €650,000 from the fund, which was awarded to another ten Irish social entrepreneurs.

The ten entrepreneurs with each of their unique projects will not only receive financial support but also professional business mentoring over the next two years.

Tickets for Arthur’s Day go on sale from Ticketmaster on 4th August.