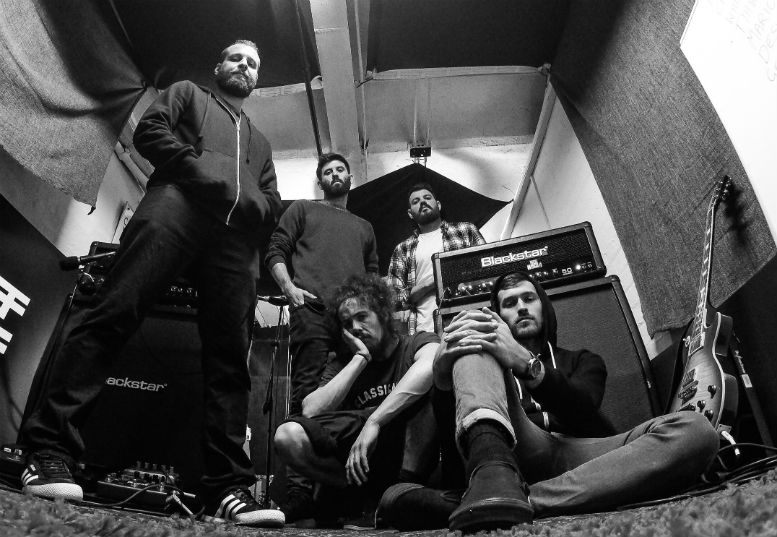 Scottish alternative rock quintet Schnarff Schnarff have released their new album “The evil that we do…” with help from renowned producer Paul Savage (Mogwai, We Were Promised Jetpacks, The Twilight Sad) .

‘The evil that we do…’ brings nostalgia from the late nineties and early norties, when emo and pop punk had risen in popularity, becoming more commercial and bands like Green Day, Blink 182 and Sum 41 were breaking into the pop charts with songs that usually attracted a majority of teens, promoting extreme sports and owning baggy jeans. However, incorporating catchy melodies to their music from sub-genres of all types of alternative rock, Schnarff Schnarff create their unforgettable nostalgic sound, producing a passionate display of their newest art.

Album opener ‘Flip The Cross’ introduces the LP perfectly and builds into somewhat of a punk rock anthem, while ‘This Is How We Get Some’ is filled harmonies akin to early norties emo masters Jimmy Eat World. ‘Mario 1-2’ is jammed with post-hardcore influence, building once again from start to finish its catchy hooks and raw vocals mirror Nirvana and Foo Fighters rock legend Dave Grol.


Heavily metal influenced tracks like ‘Whictey’ and ‘Cadavers’, produce a sound reminiscent to that of the screamo genre, before breaking into the catchy chorus that breaks away from the heaviness of the track, producing something more appealing for commercial ears. Following the more uptempo ‘Wolves’ and ‘Heavens No!’ is penultimate track ‘Urrrgh’, a track full of angst and pain that wouldn’t go a miss within the mosh culture. The album then concludes with ‘Islands’ trilogy, ‘Islands iii’; beautifully placed in-between tracks, shows the diversity of Schnarff Schnarff’s creation.

Schnarff Schnarff are now all based in Glasgow and, over the last few years, have garnered support from the likes of Radio 1’s Huw Stephens, 6 Music’s Steve Lamacq and BBC Scotland’s Vic Galloway. Having wowed crowds at T In The Park, as well as across the Glasgow live circuit.

The evil that we do… by Schnarff Schnarff is out now via Black Dug Records.