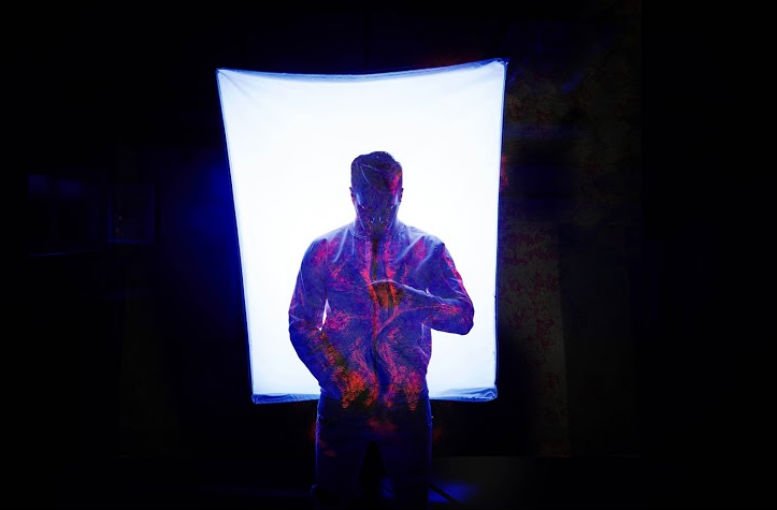 London-based twenty-something producer SCALES got our full attention with his future-house anthem ‘Loves Got Me High’.

Interestingly enough, the stylish banger managed to refresh a sample of comedian and actor Jamie Foxx from his 1993 standup ‘Through the foxxhole’ bang into 2015 relevance…

First up, can you tell us why did you call your project SCALES? Any interesting story behind it?

Tell us 5 things we should really know about Scales.

1. Addicted to analogue gear
2. I live in the studio
3. I live for RnB!
4. I started out in the 2-Step Garage days which was an amazing time for dance music IMO
5. I’m from Essex 🙁

Can you talk about ‘Loves Got Me High’?

Sure… Going back a little bit… One of my favourite stand up films was “Through The Foxxhole” and I think as a producer and creative person you are always recording scenes in your sub-conscious and I think that’s what happened with this particular situation.

I had watched the DVD a few years earlier and had always loved that scene when Jamie performs the cover of Luther Vandross “Love Wont Let Me Wait”. Then when I started the SCALES project I was looking to do a more club-based record but with something different and hypnotic where people could just get hooked in a club.

The real credit needs to go to my manager and close friend though as he was the one who reminded me of the sample and it just so happened to be the right sample at the right time and I made the track instantly. The rest is history!!

What about the rather sleek video to accompany the track?

The video came pretty instant because of what the song was about. I am definitely always thinking when I start a song…What would the video be like, where could it be shot, what the actors have to look like.

I think as a creative and an artist you’re constantly thinking of your branding, stories and ideas for future songs. Also yes the reverse way of thinking of a situation first can also spur on making a song a certain way.

What can you learn from people of the caliber of Chase and Status?

Those guys are amazing. First and foremost they are music lovers which is what it’s all about and at the end of the day that’s why they are still at the forefront of the dance scene.

Their branding and ideas are so strong too. With a great family at MTA they have all the support too. I’m just happy to be a part of the journey in some way.

I just played at THIS IS Album launch party last week and dropped Loves Got Me High and seeing people react to it was amazing. That definitely has to be the best feeling…

Playing your own music to the crowd and them loving it!! Worst thing has to be a bad sound system…Nothing annoys me more than a system that can’t make people feel a good way and make them have a memorable night!

Musically I get a lot of my influences from old RNB producers such as Darkchild, Jam & Lewis, Bryan Michael Cox & Teddy Riley but I follow a lot of the new guys such as MNEK, Shift K3y & Chris Lorenzo.

I like to mix the old with the new and I think you can definitely hear that in my sound. My family are also my influence 🙂

Yes!! Since the release of Loves Got Me High and a couple of my guest mixes online I’ve had quite a few requests and have just signed with UTA to represent me on the live side. So you’ll definitely be hearing me at a club near you soon!

Next single! As well as producing for Alex Mills, collabs with some artists you may know 😉 and working on the live show!