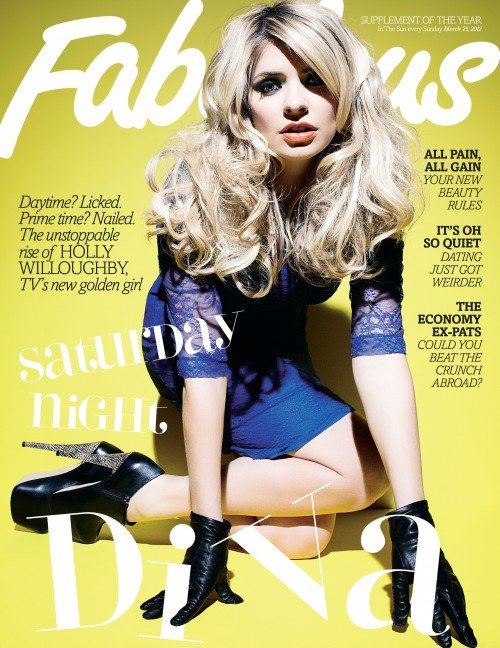 Looking super sexy, with her smoky eyes, glossy hair, and rock-chick red lipstick – Holly Willoughby is certainly the definition of a yummy mummy! She has a girly gossip with Fabulous.

Holly Willoughby’s looking sexier than ever in an exclusive photo shoot with Fabulous magazine, with The Sun every Sunday.

Flaunting the curves that have made her a TV favourite, she lets us in on the secrets of her super-successful career, admitting: “Honestly, I’ve never really planned anything! It’s all been based on a lot of luck and people taking a punt on me.”

“Dancing on Ice was definitely my turning point. This Morning would never have happened without Philip [Schofield] believing in me. 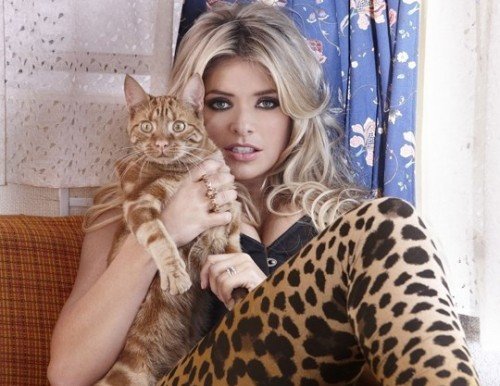 And despite a coterie of rock n roll friends including Liam Gallagher (who even went to her wedding), she insists she’s no wild girl.

“I love having a glass of wine and a laugh with my friends. But I don’t think I’m particularly wild,” she laughs.

“I like going to festivals but that doesn’t mean I’m peeing up against a fence. You won’t see me falling out of Chinawhite.”

She does a double take, “Chinawhite?! Look at me showing my age there! No one goes to Chinawhite any more do they? These days it’s all about Sugar Hut isn’t it?”

These are exiting times for Ms Willoughby, who’s swapped her Dancing On Ice presenting role for the BBC’s hot new singing show The Voice.

“You can’t compare the standard of talent to The X Factor, you really can’t. We don’t have any restrictions on who can enter, so people who have had professional recording contracts in the past can audition, and that changes everything.”

The presenter does admit that leaving Dancing On Ice and TV husband Phillip Schofield wasn’t easy. “When I heard the BBC was doing The Voice, I remember thinking that whoever got that job would be really lucky.

So obviously I was thrilled when I got the call.” She continues, “He [Phillip Schofield] was actually the first person I spoke to after I got the call. He was sad but so cool about it. He told me he was going to miss me lots and this was such a huge opportunity that I’d be a fool not to grab it.”

Managing this successful career alongside being a mum of two children is something Holly reckons she’s pretty much nailed.

But she didn’t feel she was able to take extended maternity leave when she was pregnant due to the fast-paced and somewhat fickle TV industry, “The thing about TV is that you can’t just take three years off, because people move on quickly and you’re forgotten about.” Well we’re glad we’ll be seeing lots of Holly on our screen!

To read the full interview of Fabulous pick up your copy with the Sun – every Sunday!
fabulousmag.co.uk