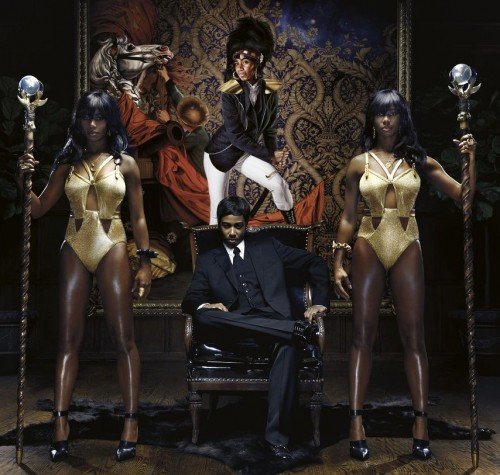 Overcoming a case of Difficult Second Album Syndrome with much laughter, a serious side and a spot of transcendental meditation

The electronic beats pump fast, the bass rumbles, the chorus sounds like a battle cry. GO!, the opening song on Santigold’s new album, Master Of My Make- Believe, is a bundle of raw energy, a firework. Jay-Z says this woman is making music for the revolution.

“A lot of the new songs were written before the Arab Spring and Occupy Wall Street movement happened,”
she explains, “but that’s their prevailing mood”.

“The seething, the unrest that we’re seeing all over the world. People want to hear the truth. And this demand, this energy, is reflected in my music.” 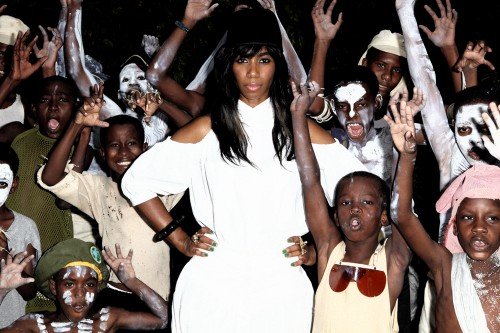 Strong stuff, indeed, but the 35-year-old says it with a smile. She is keen, charming and smart. When she talks, she gesticulates and her eyes light up.

Words come tumbling out. Santigold, it could be argued, is one of the most important musicians right now. Not many others get across difficult ideas with an elegant levity like she does.

“I only realise that now, when people ask me why I took so long,” she says, and bursts out laughing. “I withdrew and worked on it until I was satisfied, and I am my own harshest critic.”
She initially found it difficult to settle on the album’s direction. There were bursts of anger to deal with, unleashed by her father’s death. for a while, she had neither a manager nor a record company, and found it hard to write lyrics.

It was during this dark time that dave Sitek, a music producer and guitarist in the band TV On The Radio, was tapped for advice.

“‘dave, you’re always so level-headed. how do you do it?’ And he said, ‘Transcendental meditation.’ “So I went to California to meet this 89-year-old woman who went to India with The Beatles in the 1960s.

She helped me to become calm and relaxed. She advised me to write songs on the subject of, “You’re the best”. And I did. Mind you, they’re called Look At These Hoes and Big Mouth.”

And so it was that, using an old lady’s mantra and the advice of one of indie rock’s finest, Santigold went on to make an album of energetic, exciting anthemic pop. She’s learning fast how good her ‘best’ can be.
By redbulletin.com
Go to redbulletin.com to download the iPad app or subscribe to the magazine