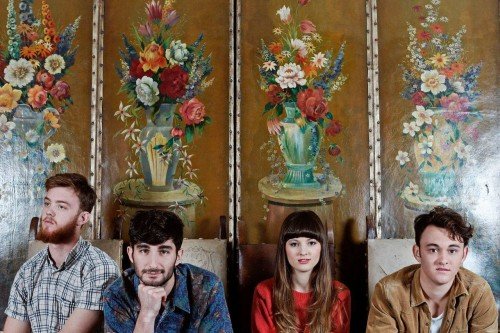 Australian indie band San Cisco have come a long way since they first formed in 2009. During that time they have scaled the charts in Oz, won numerous awards, released four well-received EPs and most recently a hugely popular self-titled debut album.

The quartet are now poised to bring their infectious sounds to one of the UK’s most well-known festivals, that being Reading and Leeds this coming August. We caught up with the band to chat about this and much more here are the highlights.


Hi guys. First up may I ask you how excited you are about the Reading/Leeds festivals. Have you played many gigs in the UK?

We are super excited. About a month ago we supported Darwin Deez on his UK tour and we had a great response. Definitely interested to see how things go in a festival situation!

Do large festival stages excited you or worry you as a band?

What about the UK fans. Do you know if many will have heard of San Cisco. Do you for example monitor how well your work goes down in the UK/Ireland?

The Darwin Deez tour was a good indication that it is worth pursuing the band in the UK. We definitely have somewhat of a fan base in the UK. also, i definitely think playing these festivals will help contribute to that. 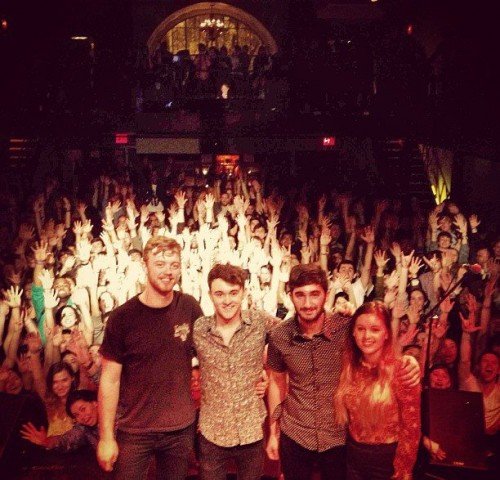 May we ask you how the band formed and where the name came from?

We had a bunch of names that we were tossing up between. Cant actually remember where the the actual name San Cisco came from. it could have got a lot sillier.

What about your style of Indie music, were you all fans of the genre or did it evolve over time?

Our music is always evolving. as we listen to new bands and hear new music (old and new) our style and how we do things changes.

In terms of writing new material are you all heavily involved in proceedings and who has the final say as to what does or does not make the final release?

Writing new material is always underway. we are always playing around, recording at home and on the road on out ipads.

You have found a great level of success in your native Australia. For UK fans who may not be as aware of your work how would you describe a live San Cisco set?

It is essentially the songs off our record with a few added dance moves and musical interludes.

Do you as band enjoy reading reviews of your live shows and releases?

Not me personally. I know Jordi and scarlett are always checking in to see what people are thinking. But i guess its more management and people at the label who are interested in that sort of thing.

You have now released one album. Which has been raved about. How long do you think it will be before we see a follow-up?

I hope to get something out ASAP. We are always writing new material but hopefully we get a chance to do some proper recording times soonish.

In relation to touring have you any plans to come to the UK/Ireland?

Yeah! we have the two festivals Leeds and Reading and we will be playing some shows around those dates in London and Southampton!