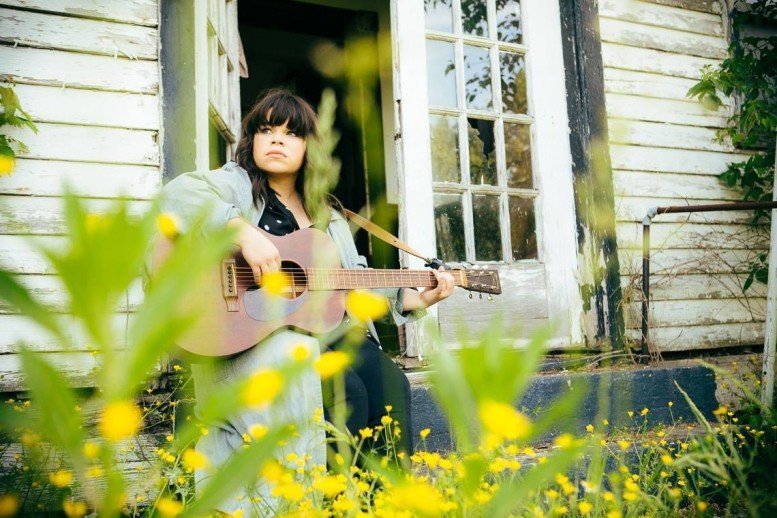 The wonderfully personal and intense new album , the perfect soundscape for long summer nights, it was recorded and mixed at Tiny Telephone Studios in San Francisco, and produced by John Vanderslice, (The Mountain Goats, Spoon) who also helmed Kid Face in only 10 days…

Samantha reveals: “I like to work that quickly, and John’s good with spontaneous creation. We recorded straight to two-inch tape on a Studer 24-track machine and mixed down to 1/2-inch tape on an Ampex machine. The pre-amps were tube and we never used a computer. Our effects were done manually through tape looping and manipulation. Most of the arrangements happened in the moment, as we recorded. My guitar and vocals are all first or second takes.”

Speaking about her songs she says: “I don’t write protest songs in the traditional sense, but I’m always listening to the voices of people around me. These stories are told from the perspective of the underdog, the 99% of us that are working people. They might not be literal protest songs, but the lives of the people within these songs speak at the same volume if you listen.”