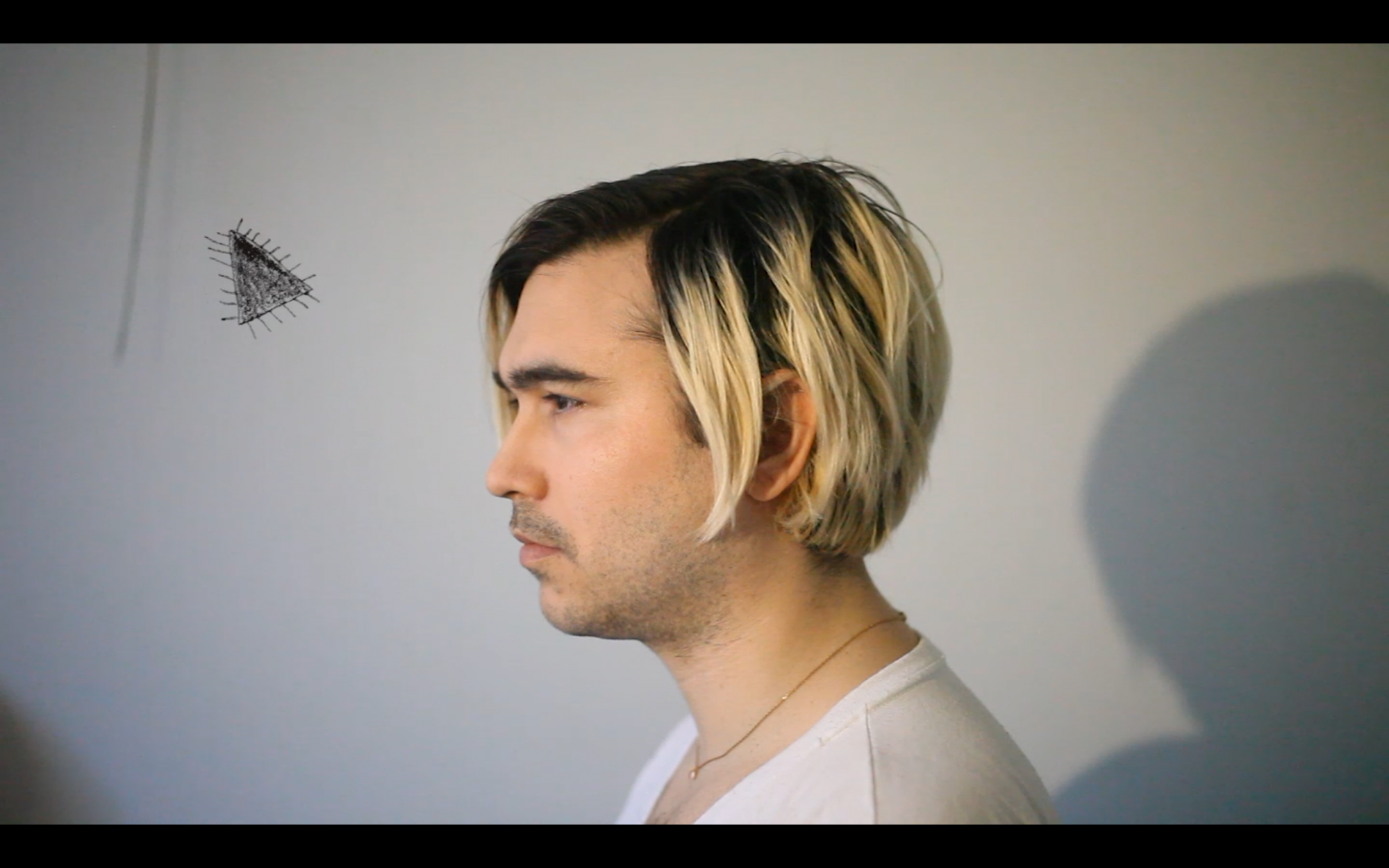 "I’ve always felt a connection to Elliott Smith and his music, like a secret sad friend you want to protect."

Sam and the Sea is a singer, songwriter, record producer, and visual artist hailing from New York. They spent some time in NY gigging and producing for the likes of Siv Disa, eventually releasing an internationally well-received debut single and accompanying video “The Light” in March 2020 followed by the EP “Little Lies”/”Thinking Slow” and a successful European Tour in 2021, before relocating to Iceland to continue writing, recording and producing. Their music channels a personal atmosphere and is dreamlike, taking you on a journey with both human and electronic instruments to create a unique vibe worthy of listening to on repeat.

“The song isn’t really about anything, but thinking about the stars and the endlessness of things and how our ends are unknown to us. From the beginning, the song was about images and their relationship to our memories and how we become ourselves—images and also color, I had in mind a particular shade of vibrant blue, not quite electric, which informed the creation of the video. The idea came all at once, the movement of the waves, the small animated shapes that fly by, and the way my face comes up under the water to sing. I think I took a step forward in terms of the way this came together, and I’m excited to see it out in the world.”

The single is a two-and-a-half-minute meditation featuring ruminant acoustic guitar lines and introspective vocals unassumingly conveying ephemeral concepts of transience, infinity, and the nature of being.

In the accompanying video, the sea plays a protagonist role. It intertwines homeyness with expectations of foreign landscapes and destinations. The track recaps last year’s EP, featuring the now trademark arpeggios and intimate vocals. Without feeling invasive, the song transports you into Sam’s inner world. It captures the sense of being immersed in and drowning in nothingness, with carefully crafted lo-fi sound emphasising the reflective lyrics.

Sam has also shared a selection of the top 5 musical artists that have influenced them, which you can check out below, along with the video for “Evil Ghosts“.

I love the guitars and the vocals on this album, the singing sounds so heartfelt to me even though I don’t understand the language. This track has a really affecting chorus where the vocal sounds like it’s breaking a bit in just the right way. I heard about this band in college and have loved listening to this album ever since. The musicians are Zimababwean and they sing in the Shona language—this music is called Chimurenga from the Shona word for struggle, and the band first formed to play music to miners at a copper mine.

Such a drama queen, I will always have a place in my heart for Scott Walker. Later stuff is more avant-garde but Scott 1 has such lovely orchestrations, especially this track, my favorite from the album. The chorus is so full-on.

I’ve always felt a connection to Elliott Smith and his music, like a secret sad friend you want to protect. This song is probably my favorite, I love the storytelling and the re-imagining of a traditional song within a more modern song, I think it’s brilliant and beautiful.

I first heard this song as a cover by the NJ hardcore band Lifetime and I loved the melody and the words, it just has a feeling of energy and excitement that was inspiring to me. I really like the sentiment, anything worth doing is always gonna get made fun of but the people who mock you for doing what you want are just lame and not worth your time or mental energy.

I played this song on repeat after my first serious breakup and loved indulging in feeling sad and sexy. The perfect club track for a shameless night.