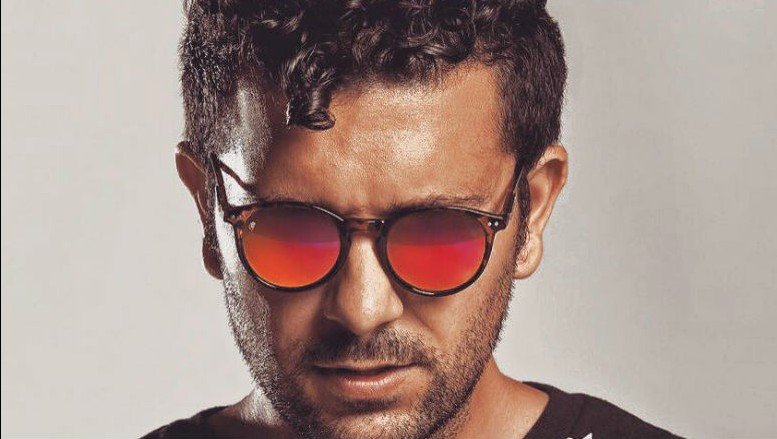 From a young age, Sak Noel has been fully involved in the dance music scene and has made his name as a big name on the party promoting scene in his native Catalonia and more specifically Barcelona.

Sak Noel is available for booking to perform as a DJ through MN2S booking agency in London.

Sak Noel has been immersed in dance music since he was very young, and has been extremely successful in establishing his own parties and his own specific sound which has one millions of fans
worldwide.

In 2011, he released ‘Loca People’, featuring vocals by Esthera Sarita on Blanco y Negro Recordings which flew to the top of many charts in Europe, in countries like Spain, Belgium, Denmark, Austria and Poland.

After appearing in the UK In September 2011, the song immediately hit the big time at UK number 1, and was Sak Noel’s first ever chart topping hit, and indeed the first number 1 from a Spanish artist in the UK since DJ Sammy’s 2002 anthem ‘heaven’.

In addition to musical production credits, Sak Noel also took the reins directing the video, which featured himself and members of the public, and was filmed in Millennium Cosmic Club in Barcelona.

Off the back of his huge number 1 hit, Sak Noel has performed in over 40 different countries over the course of a global tour and followed it up with a number of strong releases, such as ‘Paso’, ‘Party On My Level’, ‘I Am the Law’ and ‘Where’, as part of the Crazy Society Trilogy. All singles shot to the top of music charts on both sides of the Atlantic, and served to cement Sak Noel’s position in the world dance music scene.


Not just a successful producer and DJ, Sak Noel has been influential in the Catalonian clubbing scene, promoting nights and an annual music festival as part of the Moguda group. Since the group’s disbanding, he set up his own promotion company named Noel Music in late 2011, and with it hosts the leading underground parties in the area, such as ‘Barnaton’ and ‘Lokaboom’.

Such was his infatuation with electronic music, Sak Noel wasn’t content unless DJing and producing music himself, and remains firm in the belief that anything is possible with the necessary time and dedication. Despite his admirable achievements, especially with the mainstream success of the track ‘Loca People’, Sak Noel remains calm and collected in his approach to life so as never to be carried away by the global success of his musical career.

As concerns his music production methods, he states that he creates a multitude of new ideas every day – despite not all of them amounting to anything – but also swears by the necessity of taking breaks periodically so as to not stifle creativity through over work. Sak Noel modestly claims not to hope to change music, content to merely keep people dancing, and admits to their being a plethora of more talented live musicians and DJs than him around the world.

With regard to EDM music, Sak Noel has stated that music is just music to him, and whether it fits into any current trend is immaterial, remarking nonchalantly that if EDM does die then maybe it could turn into “ETM, then an ATM or whatever”.

Sak Noel’s worldwide reputation as a DJ and promoter are testament to his hard graft and determination to succeed in the music business. His huge number one hit ‘Loca People’ and long
running infamous Barcelona parties ‘Barnaton’ and ‘Lokaboom’ attest to his status, and he continues to be booked for DJ performances across the globe.