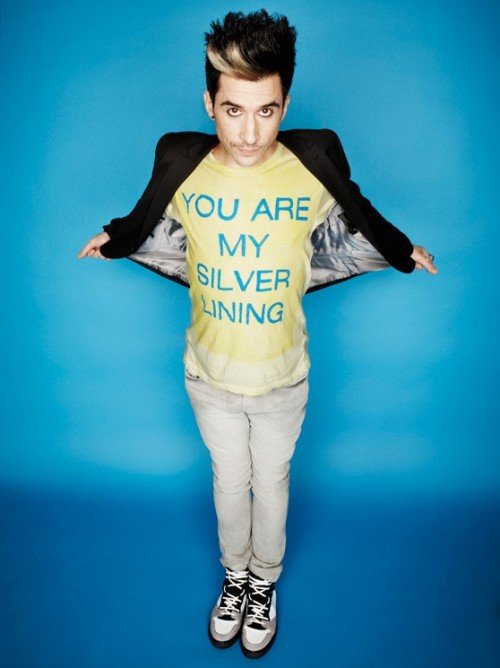 Russell Kane is now conducting a “Smile Experiment” for Barclaycard Unwind, trying to make people laugh in awkward locations…on a bus, sat on a park bench or in a yoga class. Check out this sponsored video:

Comedian Russell Kane told the Evening Standard, began doing stand-up as a hobby after work at an advertising agency at a colleague’s suggestion. “I could have done ceramics,” he says, but, “bang, I was good at [comedy].” 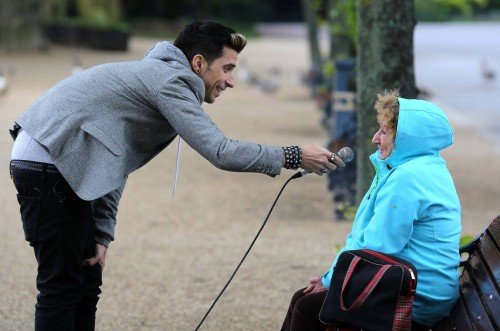 His style is largely “cannibalistic” with routines about his life in which “all my stories are true”. Despite his talent, after quitting work and before the success came, “I definitely went on bankruptcy websites a couple of times,” he says.

Kane has just got engaged to 25-year-old make-up artist Lindsey Cole, whom he has been dating for 18 months. He relies on her to do his stage make-up (namely, eyeliner) and draw on an earring and lightning bolt tattoo because his “fear of needles” stops him having them done for real. 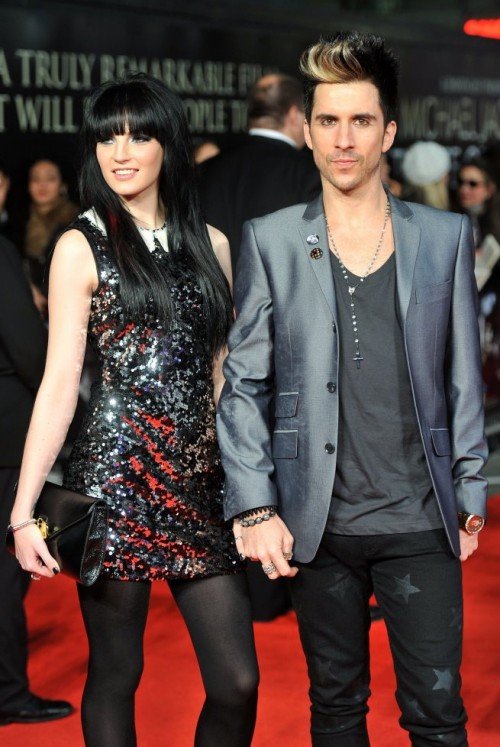 Cole came along at just the right moment. Since the age 17, Kane had “gone serially from one girl to the next with a maximum break of two or three weeks”. He married fellow comedian, Sadie Hasler, in 2010 and, “As soon as we did it, we thought, ‘We’re too young. What have we done?’ It was just, ‘How the f**k are we going to tell our families?'” he says.

So he was encouraged by friends and family to stay single who were “saying otherwise you’re going to hit 40 or 50 and have an electric guitar in the garage and a 17-year-old Lithuanian scandal on your hands … I forced myself to have what was supposed to be a year of anything goes, no morality. I managed seven months.”

“I had a year of partying and it was soulless..So I just stopped”.