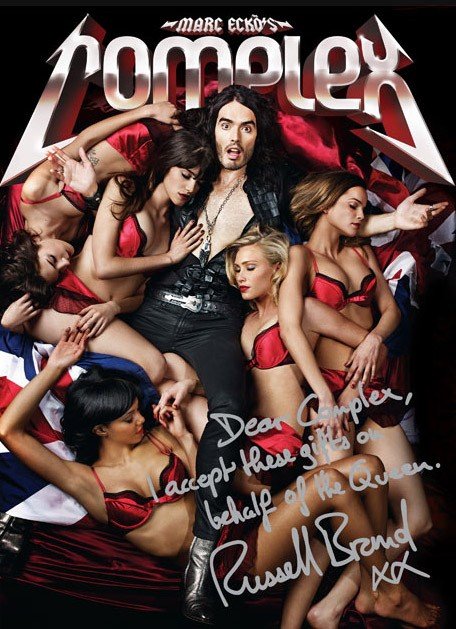 The superstar comedian and actor has lived his life turned up to 11, and he’s not one for keeping secrets, at least not from Complex magazine.

The 35-year-old has wrestled with drug addictions, beautiful women, cops, brawny crewmen, and disgruntled audience members alike, but finally stands triumphant with fans on both sides of the pond. 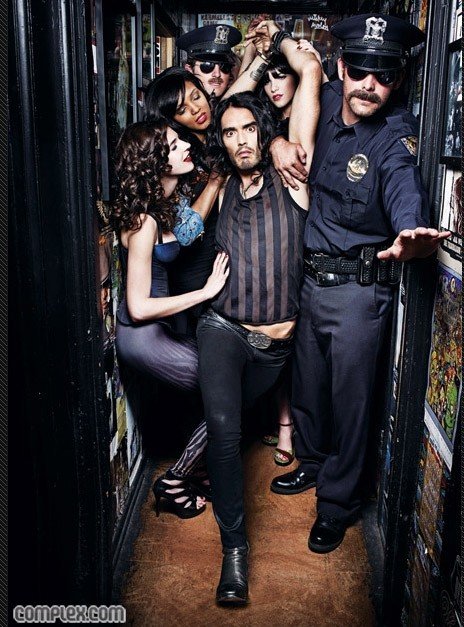 He’s been fired by MTV, rehired by MTV, and straddled by Kristen Bell; he’s won the hand of pop-crusher Katy Perry; and he wears heeled boots even though he’s already hella tall.

June’s Get Him to the Greek places him back in the role of Aldous Snow, the scene-stealing tantric cock-rocker he played in Forgetting Sarah Marshallâ€”this time as the leading man. (Jonah Hill’s back as well, but somehow as Snow’s manager instead of his sycophantic waiter. Guess times have changed.) 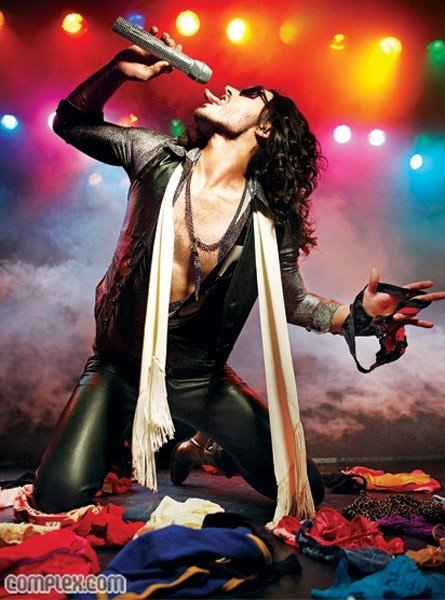 Donovan play, Brand stood by content as people clamored to get a word with him. He was the toast of the party, and why not? Everyone loves to laughâ€”Jessica Rabbit married a goddamned bunny because he was funny. This dude just went and landed himself the real-life version. 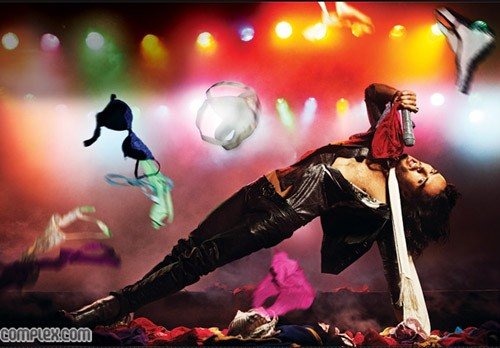 Good on ya, mate.
Did your dad take you to a brothel when you were a kid?
Russell Brand: Yeah.

Was that good?
Russell Brand: I think my dad did it for all the right reasons. He did it for fun.
How old were you?
Russell Brand: I think I was 16. And at the time, I gotta say, I thought it was fantastic. What 16-year-old boy doesn’t want women? So it was amazing. And it was a crash course, ’cause it happened a few timesâ€”and those women aren’t having straightforward vanilla sex, either. They’re wild.
Read more in www.complex.com
Story by Nate Denver; Photography by F. Scott Schafer; Styling by Leesa Evang